Octopath Traveler offers 21 accessibility features in the Difficulty, Getting Started, Reading, Navigation, Controls, Visual and Audio areas to aid enjoyment of the game for different players. This report is created with input from accessibility experts and the player community to help people find games that have the accessibility features they require. Once you have found potential games on the database, there are excellent specialist accessibility sites that offer in-depth reviews to guide your purchasing decisions.

Octopath Traveler has 3 accessibility features for Difficulty which deal with how you can adjust the challenge of play, and assistance the game offers when you fail or get stuck.

Reaction-Time Not Critical: Individual game actions don’t need quick reactions, or there are settings to lower the requirement for quick reactions. This means you don't need to quickly press a button in response to an on-screen prompt, target a fast-moving target or skillfully complete a scenario against the clock.

Low Pressure: Game tasks aren't time-limited or there's a low-pressure mode. This avoids the pressure of being put on the clock for overarching missions, or failing tasks because you didn't reach a destination in time.

Save Anytime: The game automatically saves progress or you can save any time, and not lose progress. This avoids being forced back to the start of a level, or checkpoint when you fail a particular challenge.

Octopath Traveler has 2 accessibility features for Getting Started which deal with what support is offered to get started with the game. This includes customising the experience when you first open the game via any onboarding processes it provides as well as tutorials and other assistance when you first start playing.

View Control Mapping: You can view a map of controls during play. This clearly displays the mappings of actions to buttons/keys/mouse/keyboard without having to leave the game.

Tutorials: There are helpful tutorials, instructions and tips. Information is provided in a timely manner, with appropriate levels of detail. Ideally, this includes ongoing tips that relate to contexts in the game where the player is failing.

Octopath Traveler has 5 accessibility features for Reading which deal with how much reading or listening comprehension is required, how well the game provides visual and audible access to the text and whether subtitles and captions are a good fit for purpose.

Extensive Complex Reading: Extensive reading required. The quantity and complexity of reading is suitable for someone who loves long books and enjoys extended dialogue or narrative descriptions.

Any Speech has Subtitles: All spoken content has subtitles, or there is no speech in the game. This means there is no requirement to hear spoken dialogue or narrative to play the game.

Speaker Indicator: Textual captions indicate who is speaking. This can also be indicated visually in the game with character icons or placing text in speech bubbles next to the person speaking.

Some Dialogue is Voice Acted: Some of the game dialogue and narrative is voice acted. This reduces the pressure on reading all the dialogue text, although not everything is provided audibly.

Octopath Traveler has 1 accessibility feature for Navigation which deals with how the game provides guidance and assistance to navigate its worlds and spaces.

Game Map: View a map of the game world during play, with the landscape, points of interest and missions highlighted throughout the entire game. This enables the orientation of the player and the world, confirming a direction of movement and the location of destinations or points of exploration. 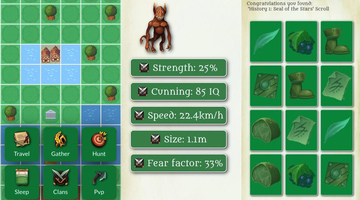 Octopath Traveler has 5 accessibility features for Controls which deal with how you control the game, different options for alternative inputs and whether you can remap these settings to suit your needs.

Motion Controls Not Required: You don’t need motion controls to play the game.

Octopath Traveler has 3 accessibility features for Visual which deal with how you can adjust the visuals to suit your needs, and offer additional information if you can't hear the game.

Bright Colourful Palette: Game uses bright colours and is generally high contrast, or has a slider to make this the case.

Octopath Traveler has 2 accessibility features for Audio which deal with how you can adjust the audio of the game and whether audio cues compensate for aspects of the game that are hard to see.