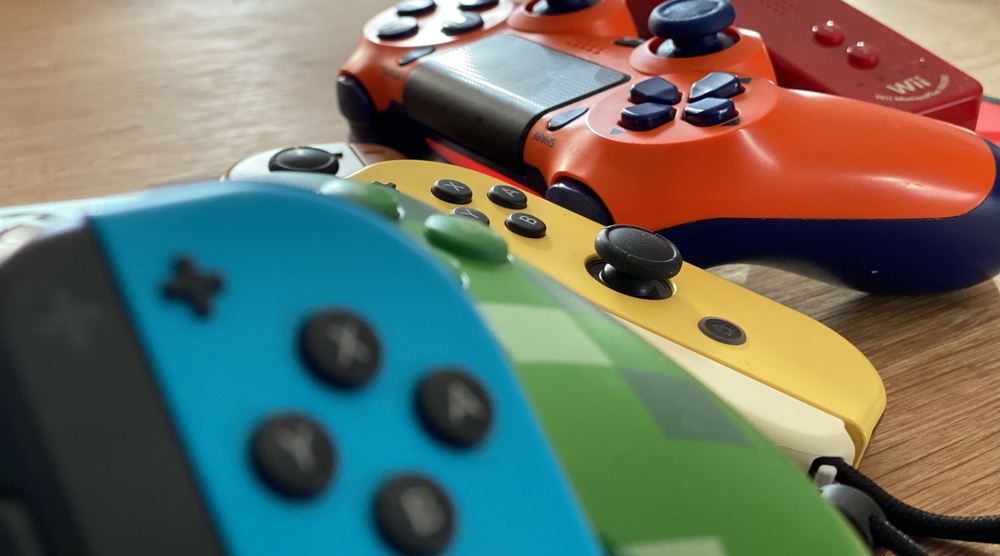 As children get older they will likely ask for games that friends are talking about in the playground. There is no rush to get the latest titles or gaming consoles, and before you do it’s good to consider which games are must-haves and which are optional. This will inform which game hardware you decide to purchase. An Xbox, PlayStation or Nintendo game console is a good way to keep this simple, as they come with everything you need in one package.

Although equivalent games are found on pretty much all devices, these are usually not as high-quality as the original versions. For example, while you can find platform (running, and jumping) games on any console, children usually want to play the Mario version only available on Nintendo systems. This is partly due to strong branding and marketing, but also because the original games are well designed, with bigger budgets and development prowess.

To help you decide between PlayStation, Nintendo, Xbox and PC we have created these guides that compare the costs and highlight exclusive games: When comparing costs of different consoles and portable systems, it’s worth including additional controllers in your calculations. This is important as it ensures that the local multiplayer games I suggest later in the book can be enjoyed together.

Most consoles come with one controller, although the Nintendo Switch comes with detachable controllers for two players. Adding enough controllers to let everybody in the family play can nearly double the cost of these systems. You can reduce this cost by opting for controllers made by other manufacturers rather than the official ones that come with the system.

Other gaming system costs to consider are that the Xbox One requires batteries or charger packs for its controllers. Additional controllers for the Nintendo Switch are more expensive because they come in pairs that support an additional two players.

While dedicated portable gaming systems now compete with the rise of children’s access to powerful smartphones and tablets, they can still be good starter systems. The Nintendo DS is a portable system that can be found cheaply second-hand and has thousands of affordable games to play with your child. The Nintendo 3DS is a newer version of this, with a more physically robust 2DS model aimed specifically at young players. The PlayStation Vita is now discontinued but it’s available second-hand and is another great first system. With a couple of DS or 3DS systems you can also try multiplayer games many of which can be played with a single cartridge via the game share feature.

Such older portable systems make an affordable way to get started. The games are a little simpler for parents and children to learn together, but they still offer great experiences that develop gaming literacy which is useful as a family’s gaming matures. They also only need minimal set-up because most games are offline and the system includes an integral screen.

The Nintendo Switch comprises both portable and home console options in one system. It can be docked to play on a TV, but also provides its own screen to be played as a portable system. The Nintendo Switch Lite is a version of this system focused just on portable play. It can play the Switch games but you can’t plug it into a big screen like the main Nintendo Switch, which means it’s less flexible to share in a family, but it does cost a little less.

Another novel way to access video games are the classic consoles rereleased in miniature form. The C64 Mini, Nintendo Classic Mini, SEGA Mega Drive Mini and PlayStation Classic, amongst others, come with controllers and lots of games built-in. You can’t purchase additional games for these systems, but they are a simple and affordable way to revisit classics and try out gaming as a family.

Whether you choose tablets, smartphones, portable or console gaming, the decision should be led by investigating which games you and your family would like to play and which systems you can play them on. Children will have their own opinions on this, and the Gaming Recipe section should also help you decide.