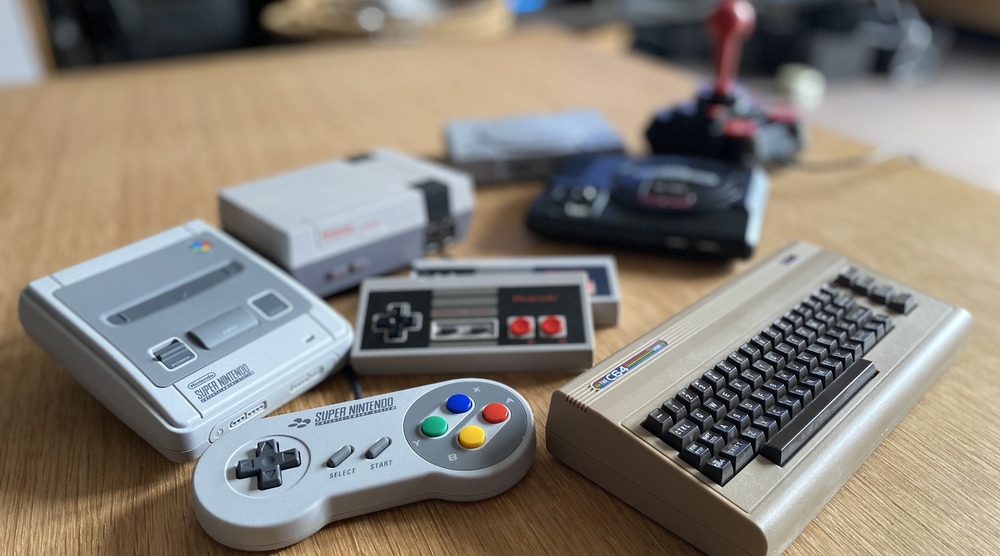 Here's the story of video games, so far, and what sort of kit you need to consider getting to play them. As you can see, much of this technology you probably already own.

Video games can be played via a wide variety of technology, collectively called gaming hardware. Some are designed just to play games, while others are existing devices in the home such as a computer, tablet or smartphone.

Game consoles, often referred to as ‘consoles’ or as ‘platforms’ on which games are played, comprise a box that plugs into your television with bespoke controllers, usually called ‘gamepads’. Portable gaming devices, collectively called ‘handhelds’, have integral screens and controls, and run on batteries. New consoles and handhelds are released every five years or so, with each generation offering enhanced graphics, sound and controls.

Gaming computers are like any computer but with a more expensive and powerful graphics cards to produce the fast-moving and highly detailed game visuals. Unlike consoles, these computers can be upgraded incrementally by installing newer parts over a number of years. Gaming computers offer the widest range of games, including ones from smaller, independent developers, although the most popular ones appear also on consoles within a year or two.

Most modern smartphones and tablet devices are also powerful enough to play complex games. These are usually called ‘mobile games’. Although there is some overlap with the games on consoles and handheld devices, and you can purchase gamepads for them, the best mobile games are designed to make use of the touchscreen and tilt controls.

Game consoles have been around since the 1980s, when the Nintendo Entertainment System (NES) achieved mainstream success. In the early 1990s, this was followed by the Super NES and competition from Sega’s Mega Drive and from the Amiga and Atari ST gaming computers. Around the same time, portable systems hit the market, with Nintendo’s Game Boy, Sega’s Game Gear and Atari’s Lynx systems.

By the mid-1990s the next generation of consoles had arrived: the Nintendo 64 and Sony PlayStation. By the early 2000s the PlayStation 2 and Nintendo GameCube were launched and met with competition from Microsoft’s new Xbox console. The Game Boy Advance launched and established Nintendo’s portable gaming success.

In the mid-noughties Microsoft’s Xbox 360 arrived, along with the PlayStation 3. This was also when Nintendo took consoles in a new direction with the Wii and its motion controller. This period also saw more powerful handheld systems, like the Nintendo DS and PlayStation Portable.

In the 2020s we will see new generations of these consoles with the PlayStation 5 and Xbox Series X systems expanding the ways we play games. Along with new versions of the Nintendo Switch, they will compete with gaming subscription services such as Apple Arcade and Google Play Pass on Android. Game streaming services will increase with Google’s Stadia, PlayStation Now and xCloud from Xbox, that enable console quality games to be played on low cost and less powerful hardware by streaming the visuals via an internet connection.