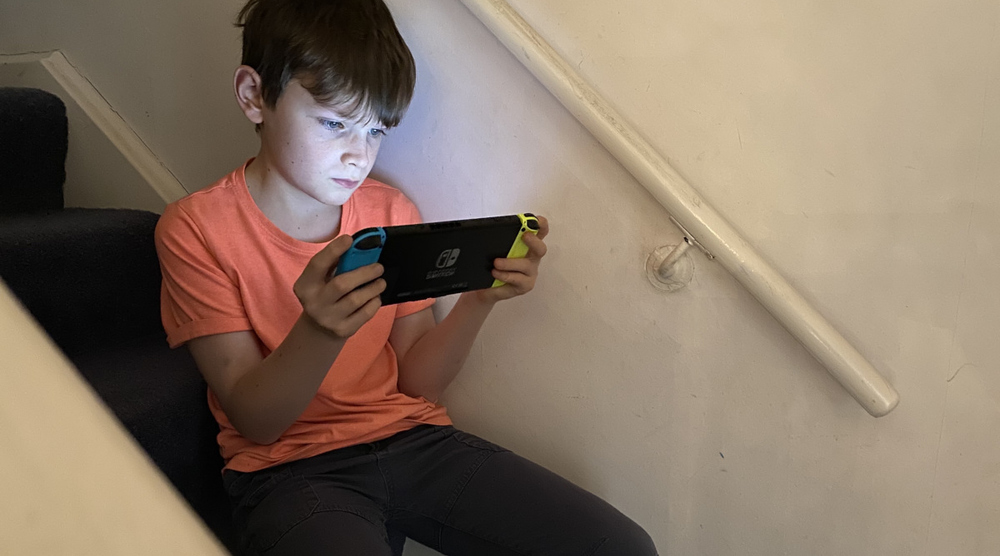 Addiction is a worrying word for parents and carers of children who play a lot of video games. Children are absorbed by the gaming screen, twitching and grimacing as they play and often unaware of the world around them. They can find it hard to stop when asked to come to the table for mealtimes, do homework or go to bed. They appear to be obsessive and compulsive about their gaming.

This worry is compounded by experts such as Susan Greenfield in her book Mind Change, in which she states that video games can damage children’s brains and lock them into powerful addictions. These addictions are then often treated like drug or alcohol habits that require children to quit gaming for ever, and then not letting the games back in the house.

However, as Pete Etchells points out in his book Lost in a Good Game , ‘as far as research is concerned there is no clear picture of how many people are likely to be affected, what the characteristics of those people are’ and, crucially, ‘whether playing video games is the causal reason behind any negative issues in their lives’. This isn’t to say there’s nothing to worry about, but simply that the science around gaming is still in its infancy and shouldn’t solely drive our fears or approach to parenting children who love playing video games.

This is why WHO’s criteria for ‘Gaming disorder’ in its ‘Disorders due to addictive behaviours’ criteria, are controversial and seen by some as premature. If taken seriously, it nonetheless reserves addiction language for a tiny set of children displaying clear, stark and severe symptoms.
WHO states that gaming disorder is characterised by a pattern of persistent or recurrent gaming behaviour manifested by:
1. Impaired control over gaming frequency, intensity, duration and termination
2. Increased priority given to gaming to the extent that gaming takes precedence over other life interests and daily activities
3. Continuation or escalation of gaming despite the occurrence of negative consequences

Furthermore, this behaviour pattern is expected to be of sufficient severity to result in significant impairment in personal, family, social, educational, occupational or other important areas of functioning. It is also expected to be continuous or episodic and recurrent, normally over a period of at least 12 months in order for a diagnosis to be assigned, although the required duration may be shortened if all diagnostic requirements are met and symptoms are severe.

As you can see the criteria requires extreme symptoms for someone to fall into this diagnosis. This is not to deny that gaming disorder can occur, nor diminish its seriousness, but to ensure we take care to reserve these diagnoses for the cases that need it.

Where the addiction does exist in this clinical sense, it’s still very different from addictions to substances, such as drugs, tobacco or alcohol. WHO classifies gaming disorder under ‘Disorders due to addictive behaviours’ rather than ‘Disorders due to substance use’. Dopamine is often referenced as the hormone generated by addictive activity such as taking drugs. It is also generated when we do anything we find enjoyable, including playing video games. But, as Patrick M Markey and Christopher J Ferguson state in their book Moral Combat, ‘the quantity of dopamine released while playing a video game is much closer to that triggered by eating a slice of pepperoni pizza than by consuming methamphetamine.’

However, seeing the definition for gaming disorder enables parents to take balanced and effective action if their children are gaming to the detriment of other areas of life. Rather than detoxing, quitting, boot camps or expensive private treatment programmes, children need their parents to engage and guide their gaming.

If you are worried that your child may be exhibiting addictive behaviour, see it as a parenting problem rather than a medical one. Take the same steps as you do when other things in your child’s life get out of balance.

As I discuss in the Taming Gaming book, come alongside them and play together so you can help them understand where gaming is beneficial and where it is out of hand. Listen carefully for signs of them feeling disconnected from other parts of life and areas of pain for which video games are being used as a salve. It can be worrying, but in most cases that I’ve been involved with, parents can help children re-find balance in their gaming without medical assistance.

Engage with your child about gaming sooner rather than later. Taking an interest as they discover games when they are young helps them set up healthy habits for later life. This not only positions you as a person of influence and authority in this area but situates gaming as something the family does together.

It takes time and effort to engage in this way, and at first, it may be something you are reluctant to invest in. However, like reading simple children’s books together, it’s time well spent if it means you are equipping them to develop a lifelong healthy relationship with video games.

Setting stricter limits on gaming time can create valuable space to see clearly what’s going on. All modern game consoles enable you to set up daily limits for your children in ways they can’t circumnavigate. Still, this is best done in conversation with your child, with you agreeing together on appropriate game time – and you should see it as a short-term tool rather than a long-term solution.

Playing games together enables you to carefully reveal whether a child is avidly playing because they are benefiting in some way or whether they are mindlessly repeating unhelpful play patterns. This avoids treating gaming like a harmful substance and enables you to implement longer-term plans that re-situate gaming as something the family enjoys together. This gently guides children to think more critically for themselves about the time they spend playing.

If, in spite of your interest, involvement and boundary-setting for a number of months, the gaming falls into WHO gaming disorder criteria, professional assistance is important. However, just Googling ‘gaming disorder’ or ‘gaming addiction’ will return websites and organisations looking to attract business from worried parents. There are a growing number of these ‘specialist’ gaming addiction services that are expensive and lack a breadth of clinical expertise.

It’s important that you find help that provides both holistic and empirically valid treatments. The first action to take is to see your doctor, who can give appropriate medical advice. This may be to identify gaming disorder as stipulated by WHO, but it may equally identify other pre-existing issues as the cause of the effects you see in your child’s gaming.