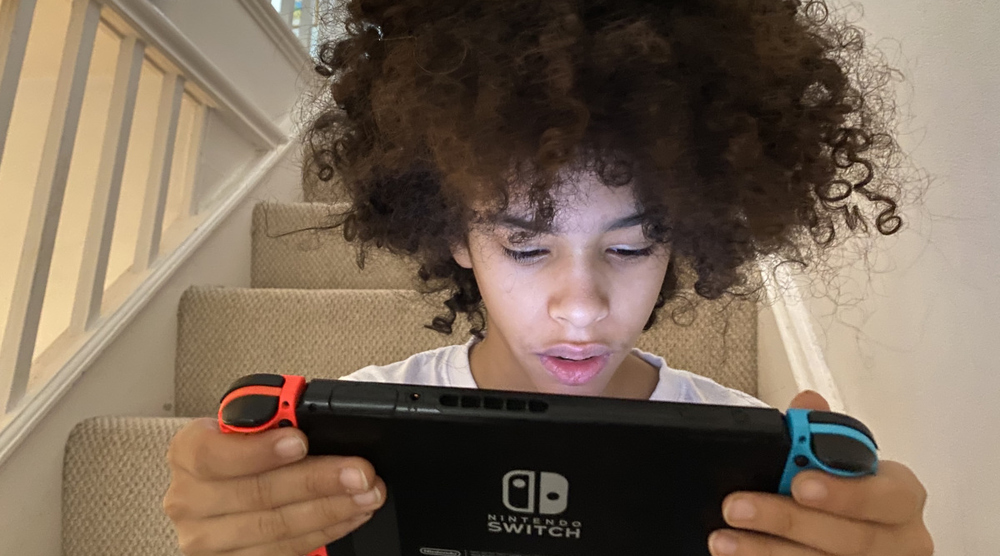 In the past video games have struggled to maintain profits from young audiences. The industry has pursued a variety of business models, from targeted family games on the Wii to movie tie-ins and selling toys that unlock in-game characters and levels as in Skylanders. This area of the market is still changing at a rapid pace.

In recent years, publishers have started offering games for free in an effort to generate a large number of players who are then incentivised to make small purchases of in-game items. For example, Fortnite is free to play but makes lots of money from players purchasing outfits, dances and other things. This lowers the barrier to entry, enabling a game to create a buzz in the playground and build a large audience before introducing the hurdle of payment.

There are different forms of this approach. Some developers apply the model to existing styles of video games. This enables the game to be tried for free, with the developer’s knowledge that players will likely spend some money in the future to access particular items or features.

Less positive are games that have been shaped by a business model to the extent that they exist solely to incentivise purchases in order for the player to progress. At worst, these become pay-to-win challenges, where the more you pay, the better you do. Or, less aggressively, games may allow you to upgrade characters more quickly if you pay money or watch advertisement videos within the app. For example, Zombies vs Ninja is a game on iOS and Android where you tap to kill increasingly large hordes of zombies. It’s free to download but you are quickly prompted to make purchases of up to £99.99 to gain new weapons. In addition to the in-game store, many of the buttons prompt players to watch advertisement videos to access weapons and keys.

In-game purchases come in different forms. Sometimes you know the exact item you are getting in advance. Sometimes, like collecting football stickers, you have a chance of getting items of differing rarity. These paid ‘games of chance’ have been accused of marketing gambling to children. Some countries, such as Belgium, have legislated against these kinds of in-app purchases.

In the UK, the Gambling Commission does not generally see these chance-based, in-app purchases as gambling if the items have no monetary value outside the game. Recent government reports have suggested that this definition be changed to include ‘loot boxes’. The Gambling Commission’s spokesperson clarified this for me: ‘We are concerned with the growth in examples where the line between video gaming and gambling is becoming increasingly blurred, and where we are clear that a product has passed the line into gambling and is posing a risk to players, we will take action.’

This action takes the form of criminal prosecution against websites that enable children to gamble in-game items then cash them out for real money. In 2017 the Gambling Commission successfully prosecuted the unofficial FUT Galaxy website for providing in-game FIFA-item gambling to children.

With or without real-world monetary value, parents watching a child opening a ‘loot box’, ‘pack’ or ‘box’ in a game will see the similarity to other games of chance. The ability to make large purchases of in-game currency for these items (as much as £79.99 at one click) should also be cause for caution. If the console, smartphone or tablet your child uses is linked to your account, they may be able to make a payment without additional passwords.

It’s therefor important to set up passwords and restrictions for these purchases via systems’ parental and credit controls. This enables you to turn off in-game spending or grant only a certain amount of spending each week. The tools and passwords are simple to set-up and put ensure parents are in control. They also provide a context for useful conversations with children to help them understand and consider value before making a purchase.

‘Digital media has mostly become an instrument to facilitate niche consumption,’ writes Jordan Shapiro. In his view, this means that ‘children need adult mentorship that teaches them not to surrender blindly to ritualised digital actions. They need to recognize that software is almost always designed with an agenda.’

Conversations around different ways to purchase video games, and experimentation with doing this, are a good way to help children build this understanding. Part of this learning process is allowing children to make mistakes, while keeping these within reasonable bounds. For example, I had a long-running battle with my son, who was desperate to purchase a motorbike in the Jailbreak Roblox game for £12. I asked him to show me what it would look like, and whether it would really make a big difference in the game. ‘Think of what else you could use the money for,’ I said. He was still sure he wanted to spend his pocket money. I eventually let him, expecting the novelty to quickly wear off and serve as a lesson in the value of virtual items. However, he enjoyed the vehicle for many weeks and was more than happy with the value he got from it.

It initially felt like a failure in parenting. But, actually, the point wasn’t about controlling how my son spent his money. Rather than winning an argument, the real benefit here were the conversations about the transaction and my engagement in this part of his gaming world. He’d had to engage critically with his me about his decision and was able to defend his choice. Whether or not this had turned out to be good value, the process would help him make informed decisions in the future.

Boundaries in Spending Teach the Value of Digital Currency

As with any big business, be that films, fast food, football clubs, sweets or toys, parents and carers have a role to play in educating children about how video games make money. Like spending pocket money on collecting football stickers, letting your child experiment with small in-game purchases enables them to understand how this process works and to make informed choices about getting good value.
In the same way that you wouldn’t hand a child your smartphone logged in to Amazon and let them click around, it’s important that you set up game devices with appropriate accounts and passwords. Here are the ways to keep gaming costs and purchases predictable:
1. Set-up a master account that only you have the password for
2. Specify an email address you regularly check, as this will notify you of purchases
3. Set-up individual child accounts for each child
4. Specify purchasing limits on each child account that require you to enter a password to agree transactions
5. Add periodic credit for them to spend or use book-token-style top-up gifts.

Talk to your children about how they spend money on the games they play. Check through the payment history on your console or smartphone with them so they can see and talk about how much they are spending and whether this has been good value for them.
This kind of involvement in the purchasing and payment transaction that happens in games that children play, along with setting up passwords for purchases, helps parents not only avoid money being spent unintentionally but get a better understanding of how children find value in these games and how the games themselves make money.