The Bridge Constructor games are a series of physics-based building challenges to make stable bridges over chasms and ravines. While it's a simple concept, the variety of locations and different geometry means that building a stable bridge requires patience and deep thinking. This creates novel opportunities for children (or anyone) to learn about engineering and physics-based construction.

In each game, the core objective is always the same; build a bridge, using limited resources, that spans a gap in the geography that is stable enough for a large vehicle to safely cross. You use a variety of parts, including support columns and beams, you need to ensure the bridge can take the weight of the vehicles.

Later games add new game mechanics and change the setting. For example, Bridge Constructor Medieval sees you using bricks and wooden planks to construct the bridges, and also adds the challenge of having to build roofs to defend the horses and carriages moving across from enemy catapult fire. Bridge Constructor Portal is a crossover with the Portal series, and has you using sets of portals to move your vehicles across huge distances at high velocity. Bridge Constructor: The Walking Dead, a collaboration with The Walking Dead has you being chased by hordes of zombies, and makes you come up with unique and inventive bridge-based traps to defeat your pursuers.

There have been several games in the series, each with the same core game mechanics and educational element, but each also adds a unique twist to the formula, be it in setting, gameplay or both:

View our choice of games like Bridge Constructor. This game is good if you want to:

Play Time: This game will take between 3 hours and 17 hours to complete. Depending on the game, the time to beat varies, with the longest being Bridge Constructor Portal. On average, they take about 8-10 hours.

10+ year-olds usually have the required skill to enjoy this game. It can often be difficult to make the bridges structurally sound, so a reasonable amount of skill and perseverance are needed.

Additional in-game purchases are offered for items that enhance the experience. There is extra content that is available to buy for certain games on the platforms those specific games are available on:

The text throughout the game is all large and in high contrast, and the subtitles are accompanied by an image and the name of the speaker. Because it's played in a 2D plane, navigation through the levels is always straightforward.

Reaction time is not critical and there is no time pressure, with the challenge instead coming from the physics-based construction. 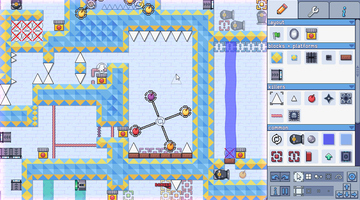 The Things We Lost In The Flood