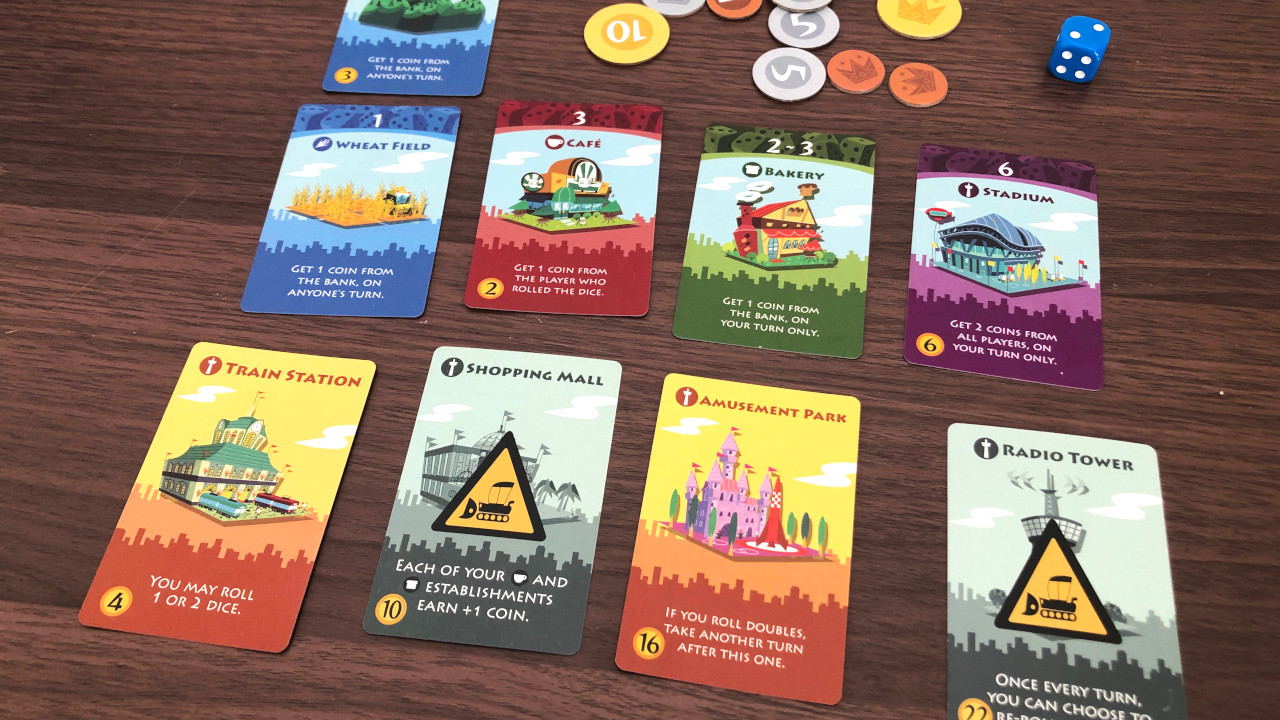 Machi Koro is a world building game where you create a thriving city full of different buildings and landmarks. You play by rolling dice, collecting money and buying buildings with unique powers. It is a game of building big and building quickly and struggling to stay ahead of your competition till the end.

You play as a newly elected mayor building a city by placing cards in front of you. It's like Monopoly, but everyone has their own city that generates income from shared dice rolls. You choose which Building cards to purchase with an eye for their special powers.

As you progress, you can afford ever more complex buildings, with better powers. Some buildings let you steal from other players. For example, a Cafe gains two Income tokens when a three is rolled and one Income token from the player who rolled it. The challenge is balancing spend on new buildings while having enough to pay your opponents when you have to. The winner is the first player to build all four of the expensive Landmark cards.

What starts as a simple world-building game, quickly becomes a cut throat money making endeavour, where you must build a more powerful city to take money from other players. It's more expansive than Monopoly because the multiple versions of each building let you build things how you want.

View our choice of games like Machi Koro. This game is good if you want to:

Learn to Play: This takes 20 minutes to learn. This is a fairly simple game to learn how to play, as its mechanics are easy to understand. However you need to invest time in knowing what each of the Building cards do and how they develop your ability to generate income.

The first time you play it's worth trying the following:
Play Time: This game will take between 25 minutes and 40 minutes to complete.

You can play with 2 to 4 players in the same room. Best with 4 players.

8+ year-olds usually have the required skill to enjoy this game. Younger players need to be able to grasp the powers of all the Building cards and be able to make strategic decisions about how to spend their income.

There are a number of versions of this game, which all share the same rules, cards and pieces. However the most recent Fifth Edition has larger cards, larger dice and plastic money tokens.

Our experts have hand-picked the following board games that offer a similar experience or theme to Machi Koro. These are good alternative games to Machi Koro. 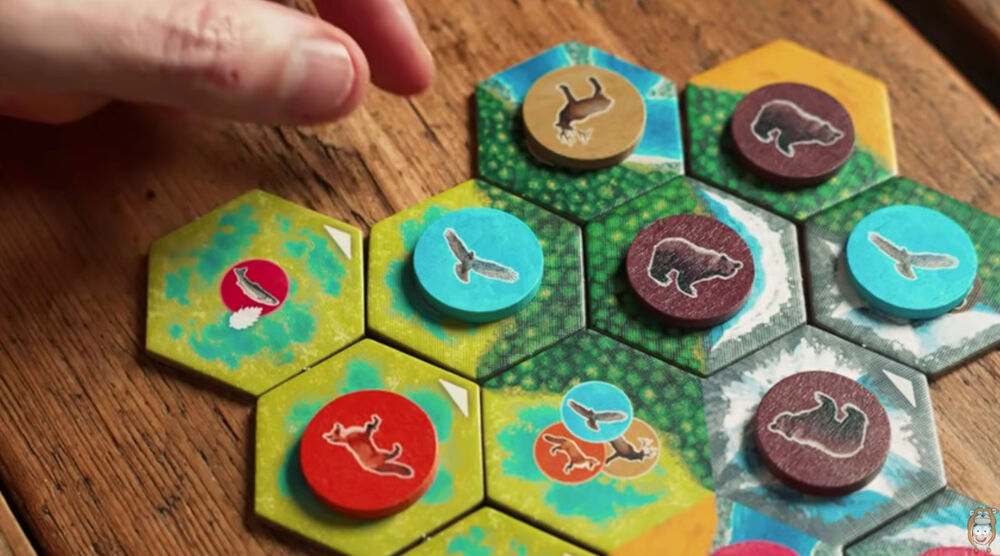 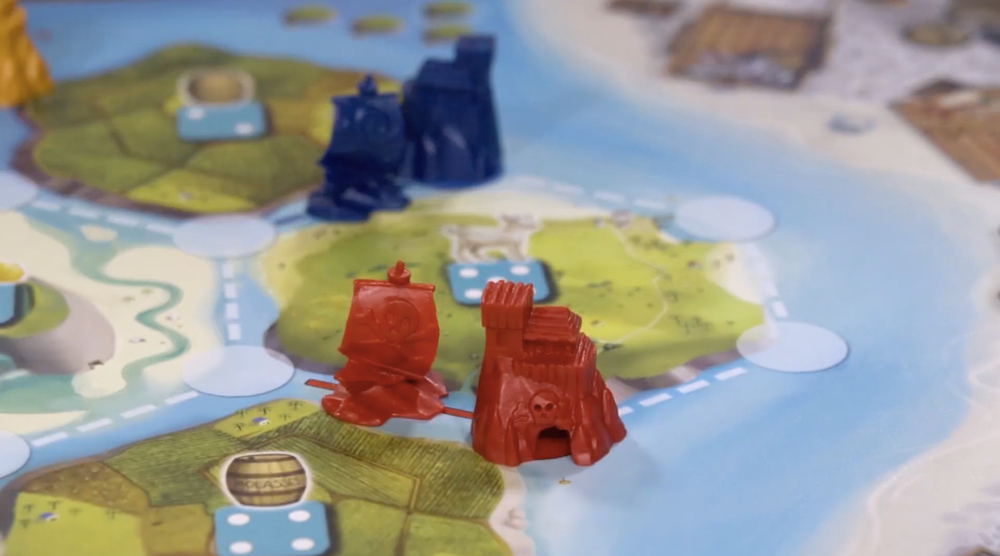 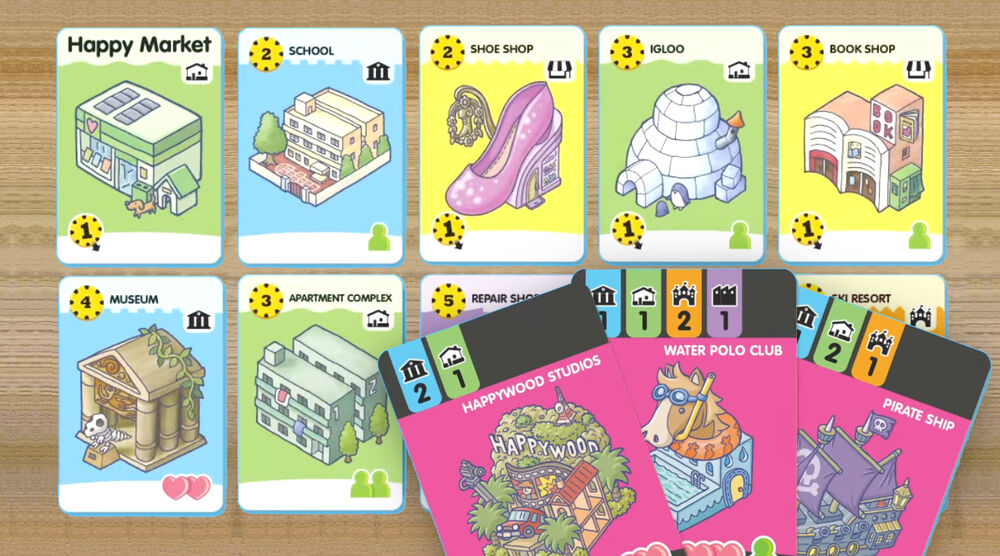 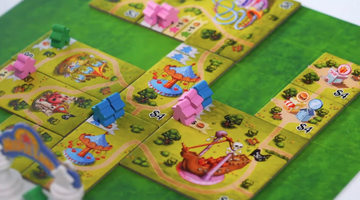 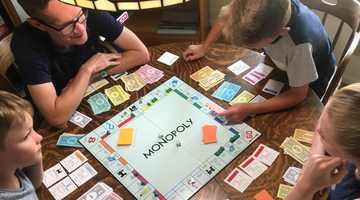 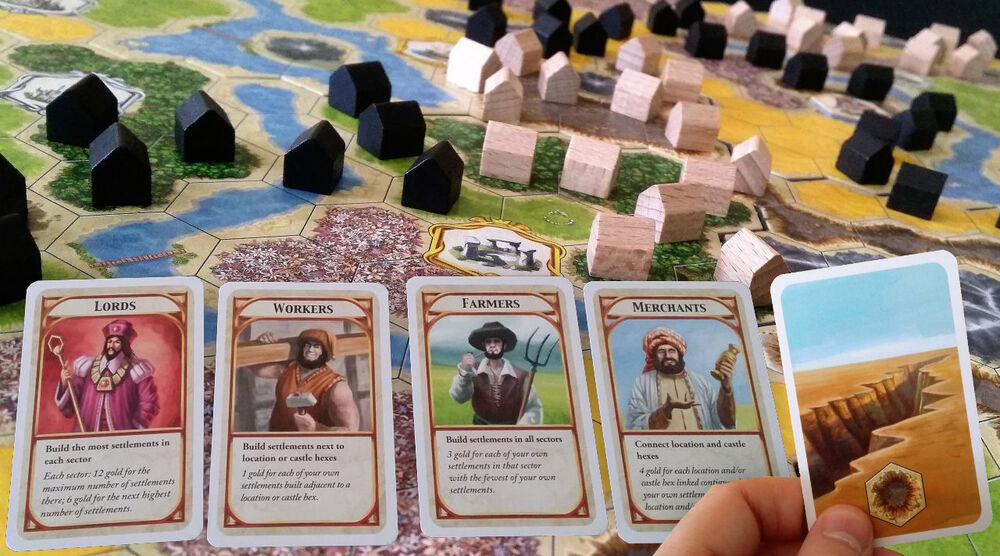 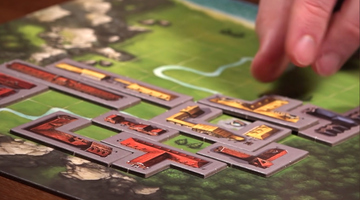 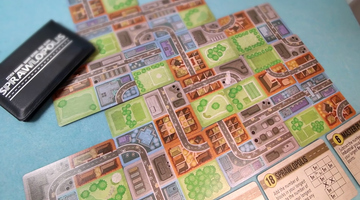 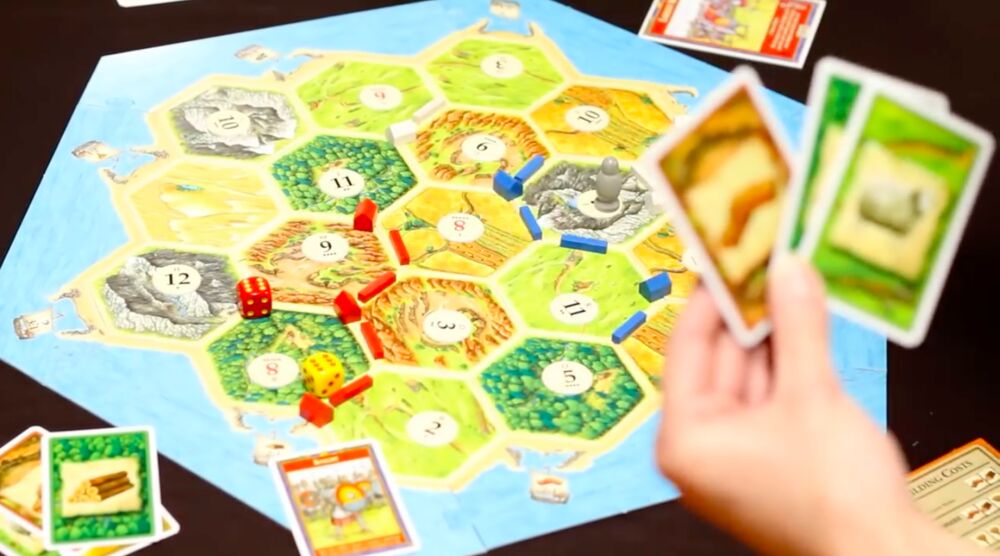 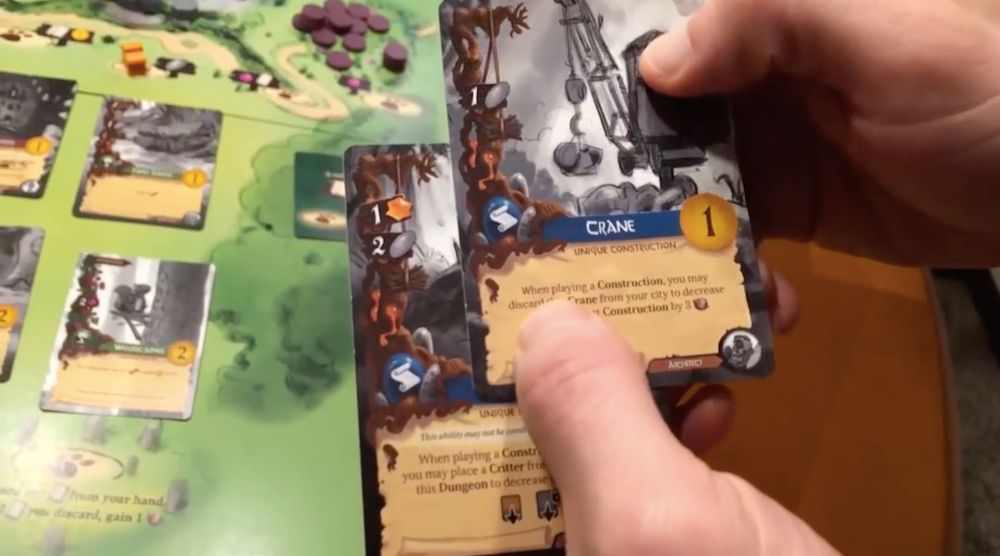 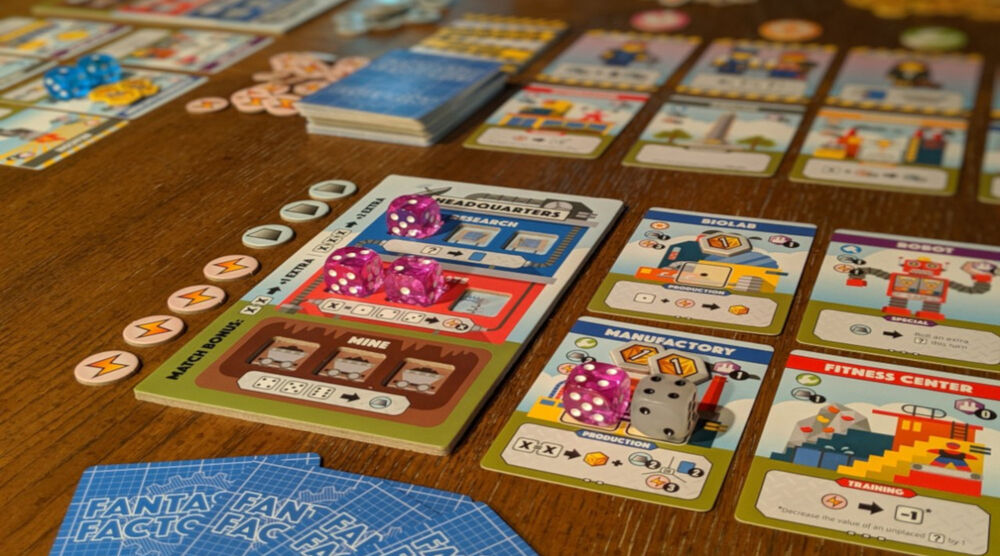 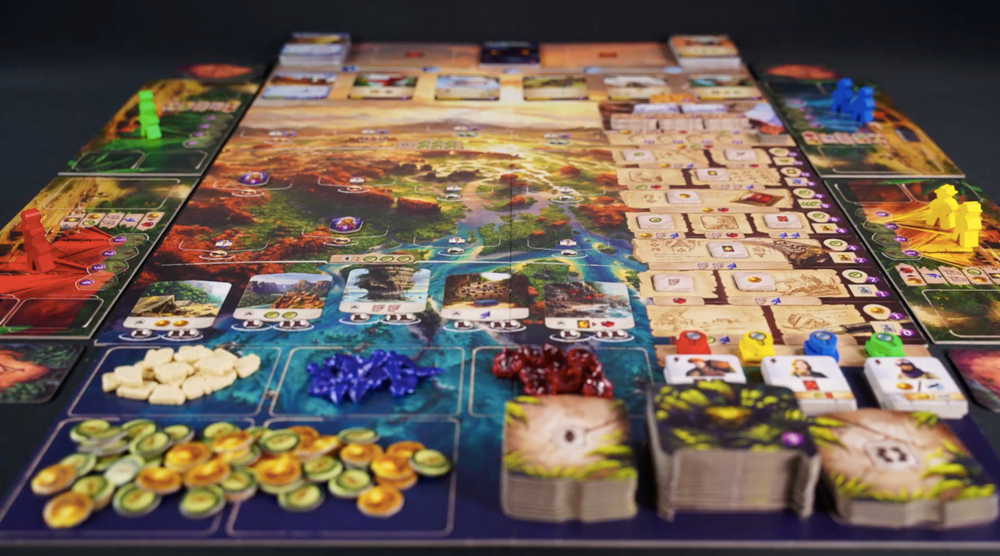 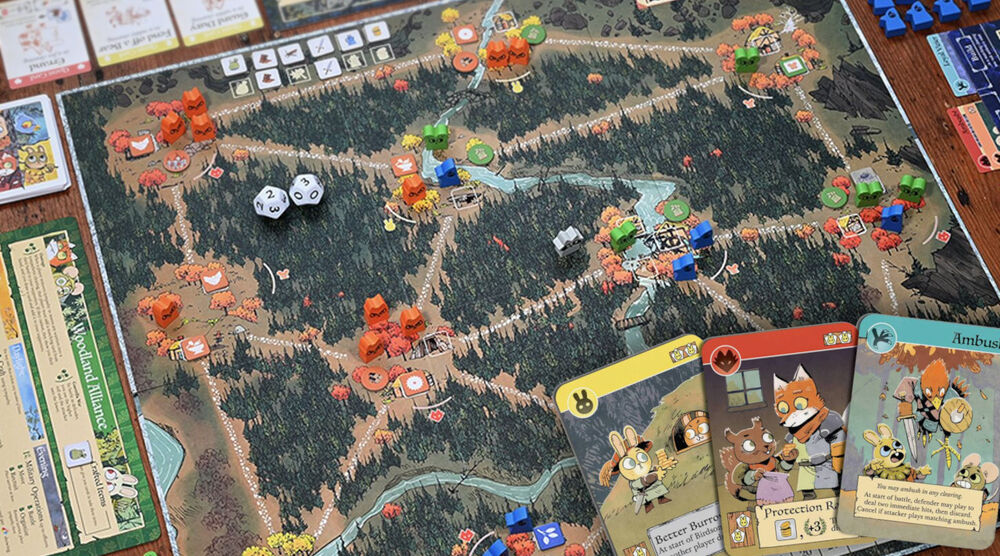 Our experts have hand-picked the following video games that offer a similar experience or theme to Machi Koro. 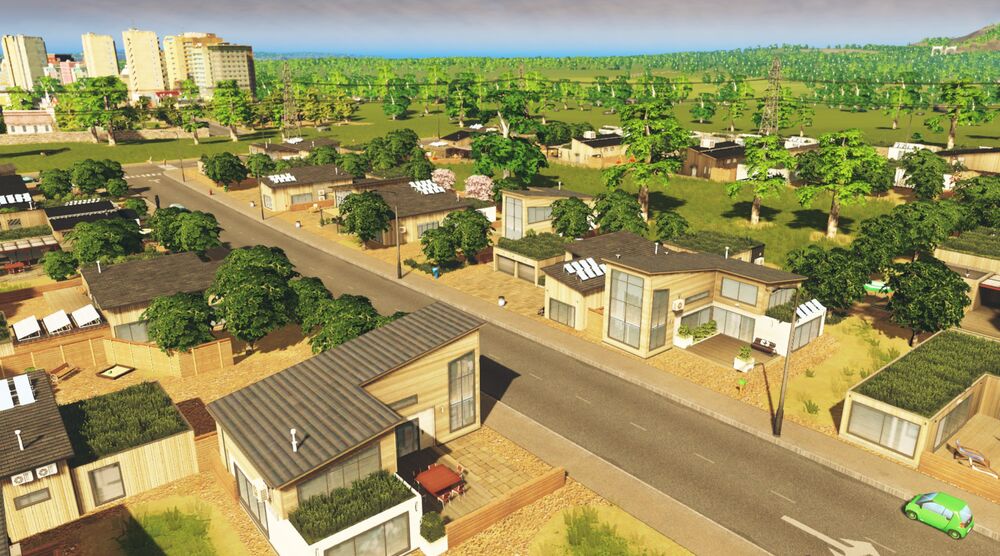 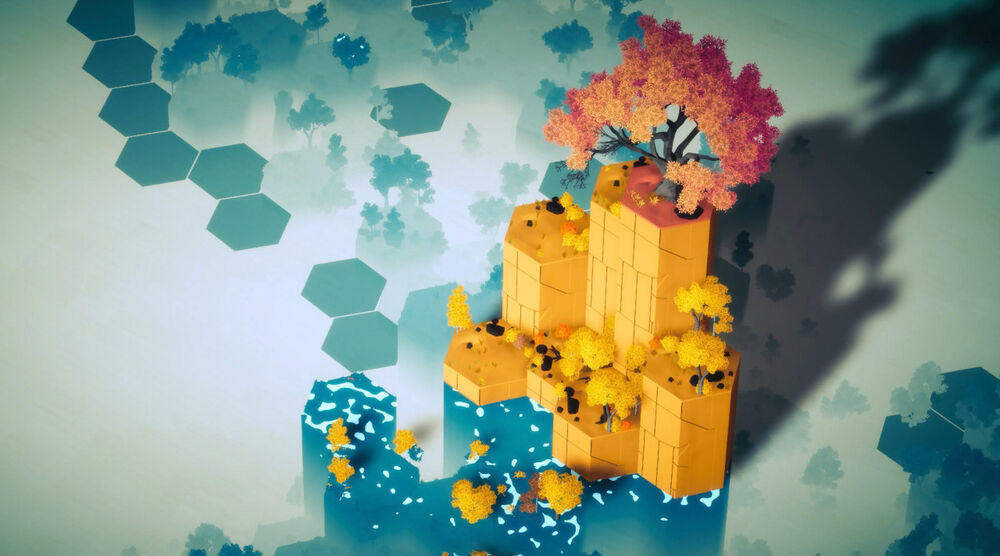 Land Above Sea Below 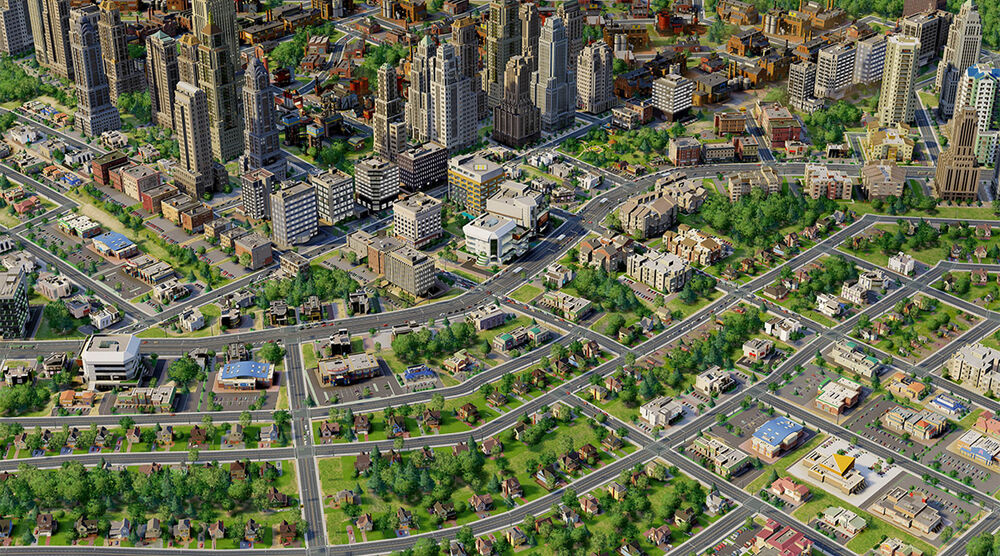 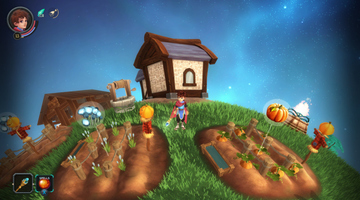 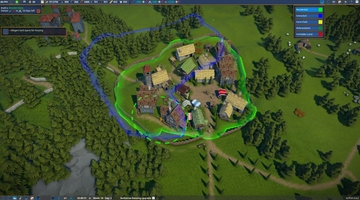 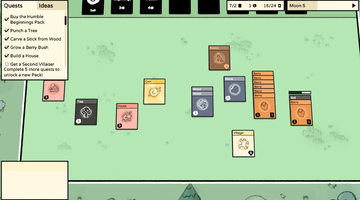 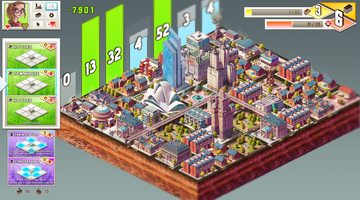 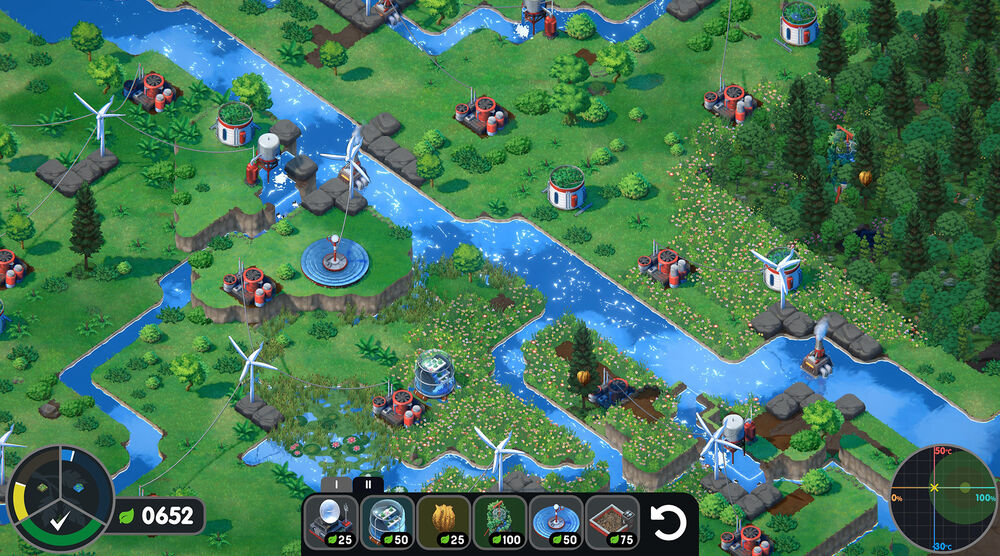