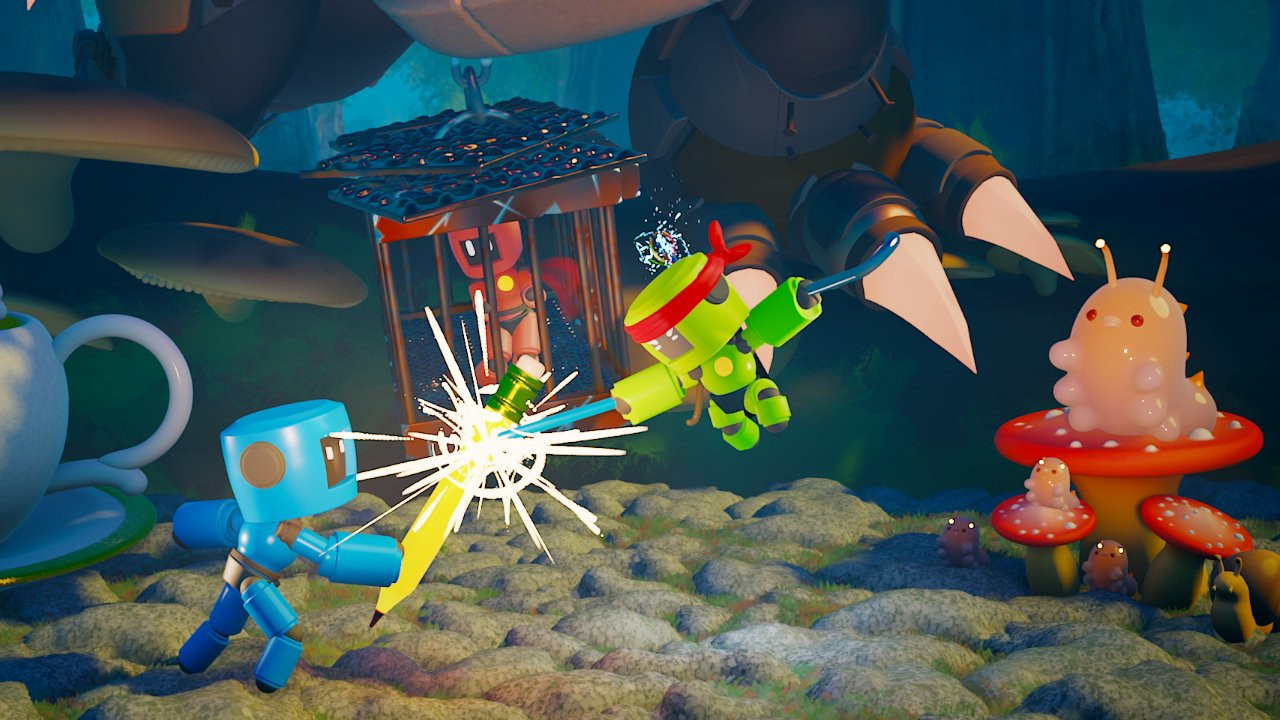 Qubo's Quest: Into the Wild is a running and jumping game with some combat. You play as a tiny robot in an environment where pencils are weapons and pin tacks are deadly. There are two worlds to explore, an office and a garden. You must avoid the deadly staplers, the office cat and the missile launching toy submarines. It's a quirky game full of colourful characters and fun end-of-level boss encounters.

Gameplay involves moving through an obstacle course which has enemies and hazards. You can attack by hitting enemies with a pencil which removes them from the game and drops coins. There are four achievements to obtain on each level; clear, find all secrets, collect everything, and clear without dying.

There are 8 levels to complete. The majority of the action involves jumping at the correct moment, and removing enemies in your way. The end of level bosses have different gameplay, some involve combat, some involve avoiding danger for a set amount of time.

It's a fun, vibrant game that starts simple but gets harder as you progress. The use of office gadgets as enemies is amusing, and the end of level bosses are innovative, and offer some variety from the jump-heavy gameplay of the rest of the level.

View our choice of games like Qubo's Quest: Into the Wild. This game is good if you want to:

Duration: This game will take between 1 hour and 2 hours to complete. Completion time will depend on skill.

6+ year-olds usually have the required skill to enjoy this game. Some of the challenges may be difficult for a very young player as they involve precision timing.

Like most Dreams games this level only saves your progress from level to level, and not level checkpoints.

There is no tutorial level, and you are expected to learn how to play through trial and error. 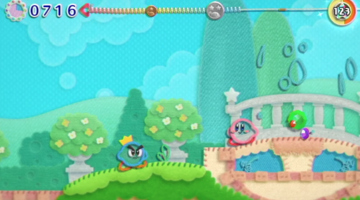 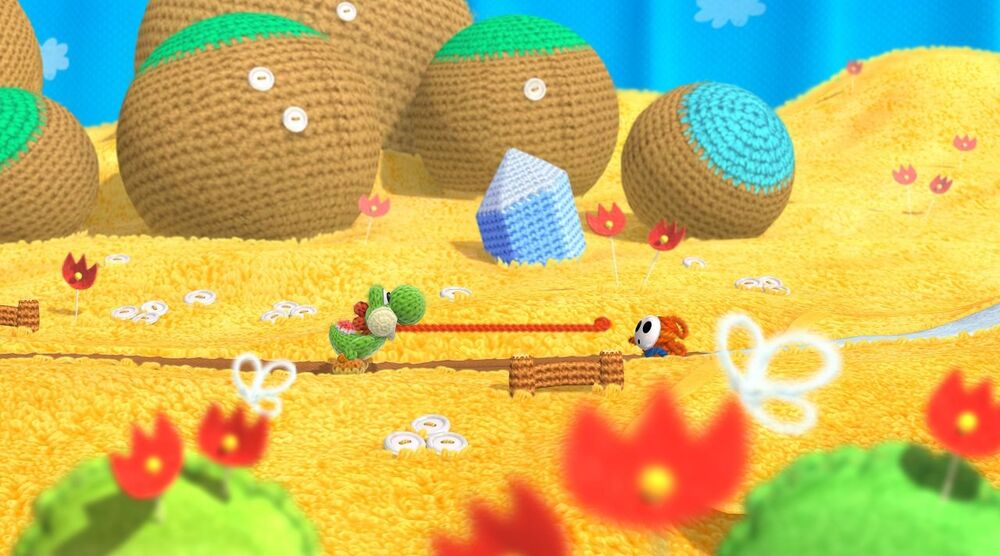 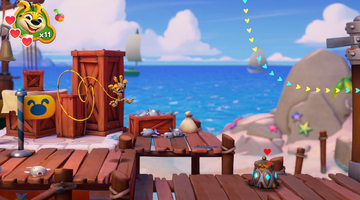 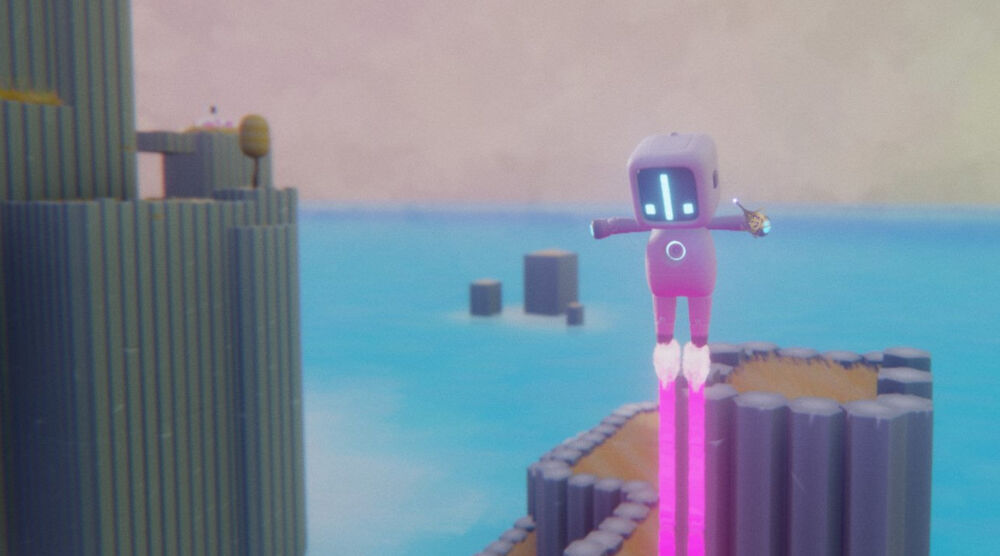 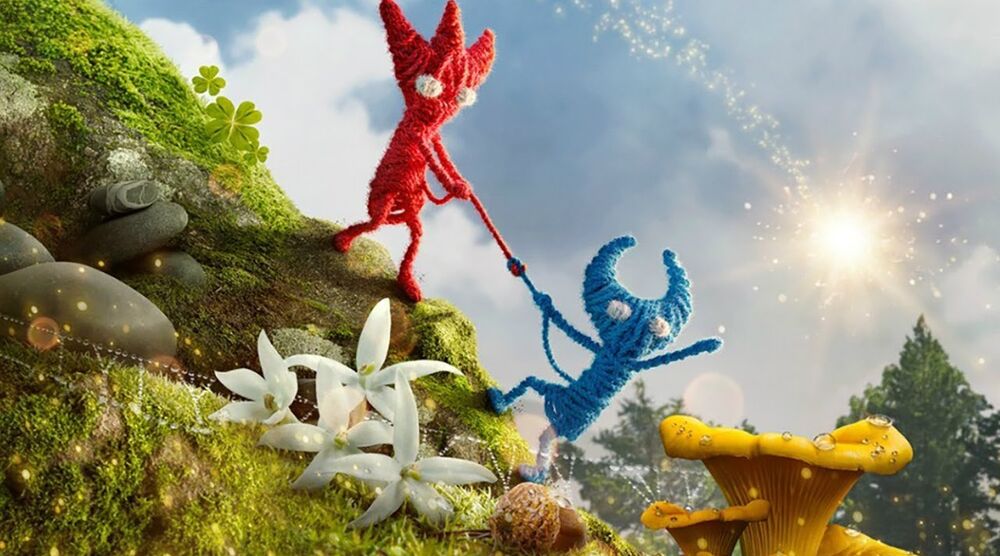