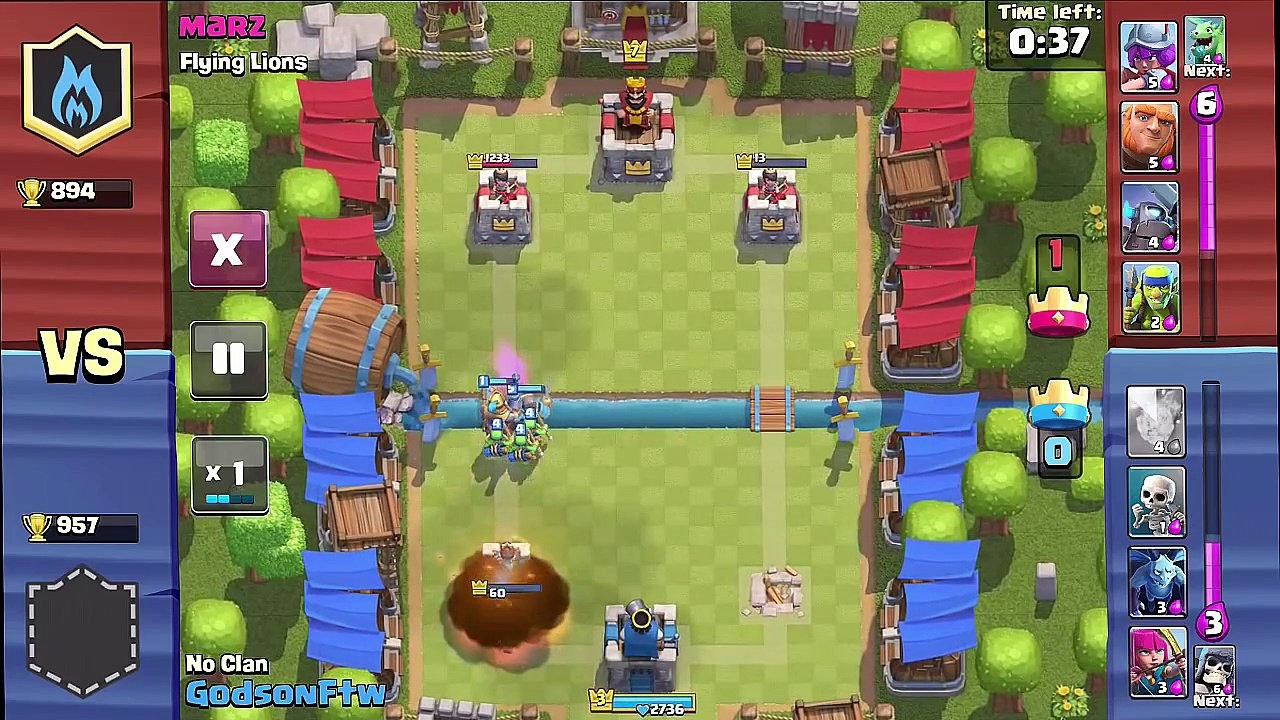 Clash Royale is a real-time strategy game where you collect cards to gain units and powers for a player vs. player battle. It's like a simpler version of Clash of Clans.

The game itself pits you against other players at the top of the screen. You both play cars to introduce units and defences. By carefully combining your units and placing them strategically you aim to gain the upper hand and eventually overwhelm their base. You win by having more points after the 3 minutes of play, or by destroying their tower.

View our choice of games like Clash Royale. This game is good if you want to:

Play Time: This game will take between 3 minutes and 5 minutes to complete. The battles last 3 minutes with 2 minutes overtime if teams are tied.