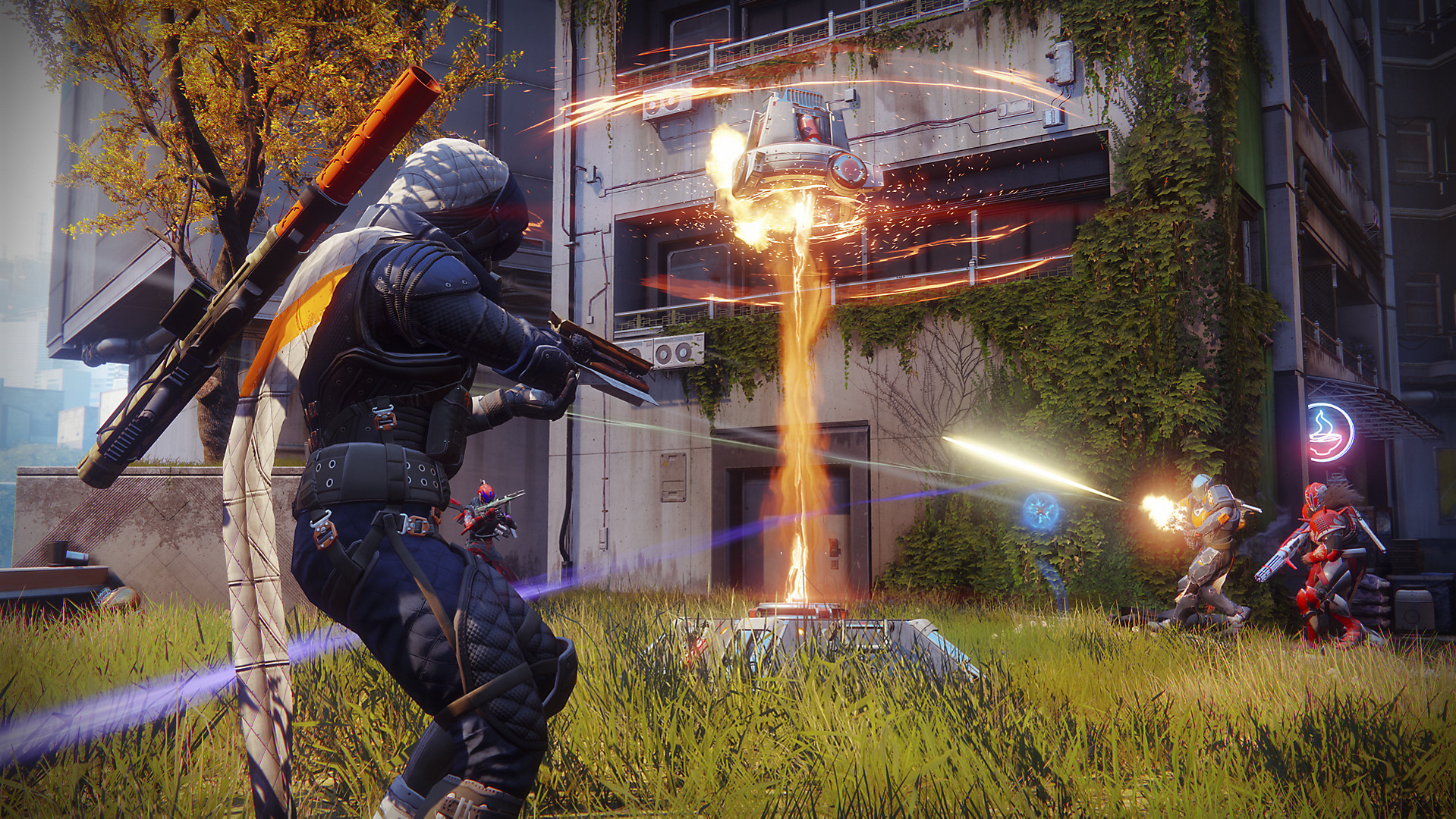 Destiny is a shooting game set in space. You have to play online as it focuses on grand sci-fi adventures with other players. From the same developer, it takes Halo towards a bigger online role play experience.

It's set in a science-fiction world shared with other players. You play the role of a Guardian of Earth's last safe city, tasked with reviving a celestial being called the Traveler. Along the way you develop your character and earn equipment and costumes by completing missions. These have you either working with other players to take on large enemies or battling other players. These move the narrative forwards as well as your abilities.

Duration: This game will take between 12 hours and 19 hours to complete. In addition to this time on the main story elements, the expansions and other activities can make this a game that takes 100's of hours. Some players have reported putting in over 500 hours to complete everything.

Players: You can play with 2 players in the same room and up to 16 players online. In addition to normal story missions that are taken up with up to 16 other players, there are short three-player battles and six-player raids. There are also traditional deathmatch games where you battle to be the last player standing.

Cross-Play: You can't play with people on a different system to the one you are on. But the Cross-Save feature enables you to move from PlayStation to Xbox and retain your progress.

This game is free to start playing, but requires payment to continue at some point. Additional in-game purchases are offered for items that enhance the experience. This includes a regular subscription fee (known as a 'battle/season pass') to unlock access to reward items and other aspects of the game.

The following content is available for Destiny via in-game purchase and season pass: Much of this content is bundled in the following purchases of the main game: You will need Xbox Live Gold (must be 18 to create, then configure family accounts for younger players) to play online with Xbox One. You will need PlayStation Plus (must be 18 to create, then create sub-accounts for younger players who need be set as 13 or older) to play online with PlayStation 4.

Rated PEGI 16 for depictions of realistic looking violence towards human-like characters, and sustained depictions of death/injury to humans. The majority of the violence consists of humans attacking various alien species, however, it is possible to attack other human characters, specifically during multiplayer matches where human players attack one another either individually or in teams. Characters react to the violence in a realistic manner, they make pained noises when injured, and when they have been defeated their bodies remain on the floor for a short time before they respawn.

The following games are like Destiny. They address a similar topic or offer a similar way to play. They are good options to play next and also good alternatives to Destiny for younger age ratings.