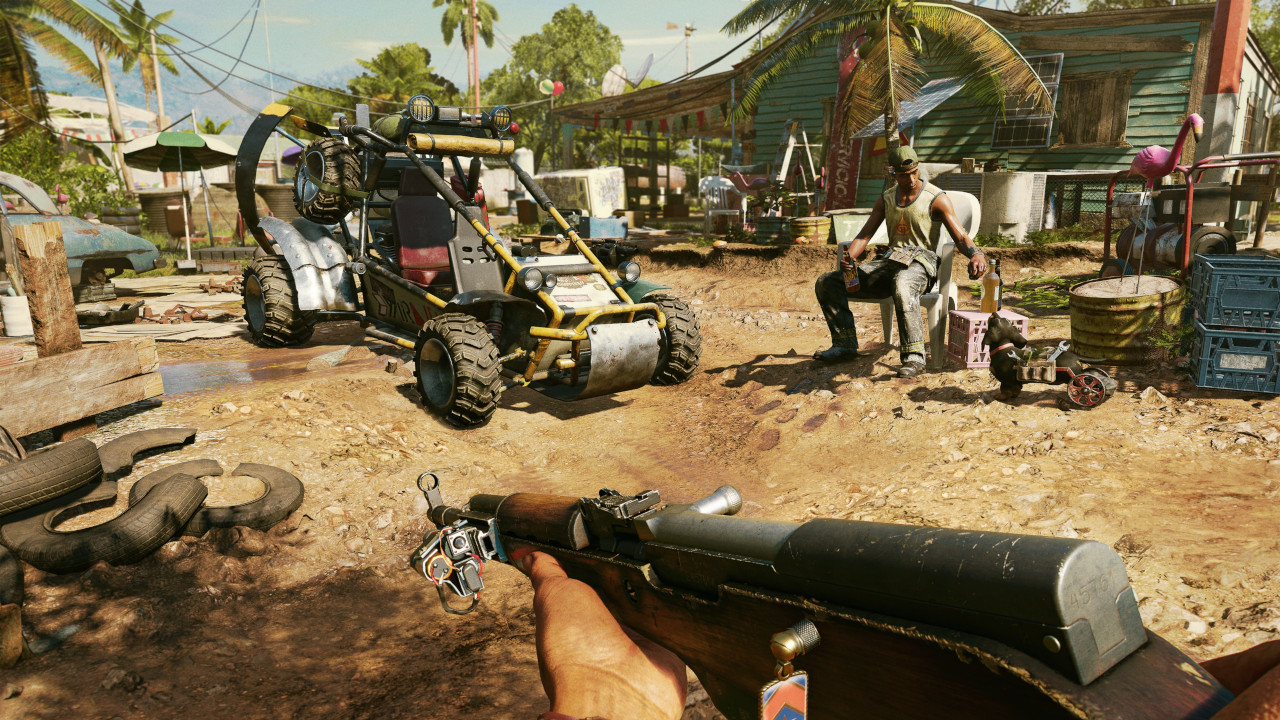 Far Cry 6 is the sixth in the series of shooting games. Set on a fictional Caribbean island ruled as a dictatorship, you are guerrilla fighter Dani Rojas aiming to topple the regime.

The Far Cry series of games are all individual stories but follow a very similar plot and gameplay formula. With use of a map of the open world play area, you must liberate the land with the help of the local resistance. Attack and capture enemy strongholds, find radio towers, and caches of weapons and equipment and craft upgrades for same. Use abandoned vehicles (or in this game, horses) to travel long distances. Another feature of the games is the use of animals as weapons, known here as "Amigos". In Far Cry 6 you can befriend and use 7 different animals, including an alligator and a fighting rooster. There are also drug related sequences in the games which work as vision quests or hallucinations that distort your view of the world and reveal secrets. You follow a story with main missions to complete, as well as side missions that are optional.

The Far Cry series includes:
Far Cry games are open world and with a focus on realism, which is generally super violent. This extends beyond the impressive visuals, sound and scope of the environments to how the characters interact with you and respond to your actions. Since Far Cry 4, and expanded by Far Cry 5, you can play this with a friend if they have a copy of the game and complete the game as a team, but generally this is played solo.

View our choice of games like Far Cry 6. This game is good if you want to:

Players: This is a single player game. Far Cry 6 offers cooperative play as was the case with previous games in the series. Far Cry 5, for example, had you working alongside a friend once you'd completed the introduction. Or, Far Cry New Dawn offered story missions with cooperative elements.

Rated PEGI 18 because it features graphic violence, motiveless killing of innocent characters, violence against vulnerable and defenceless characters, and use of strong language. This game features graphic and realistic violence, including brutal machete takedowns, dismemberment, torture, beatings, hangings and the execution of unarmed civilians. There is sight of blood and some gory images. The game also features use of strong language ('*!@?*' and '*!@?*'). There are frequent visual and verbal references to illegal drugs, including cocaine and opium, as well as sight of drug use. There is an interactive sequence of animal cruelty (cockfighting), although no real animals are seen to be harmed.

Sound effects can have a caption, which points towards the location of the sound with an on-screen pointer. (This doesn't distinguish between harmless and dangerous animals.) You can outline enemies and loot in the game to make them more visible. You can adjust the reticule thickness and colour.

Button Holds and Toggles can also be controlled individually for actions like crouching, aiming, sprinting, and accessing the weapon wheel. You can combine Move and Look controls on a single stick rather than two sticks. You can also opt to Sprint when the stick is pushed fully forward.

There is Aim Assist as well as Lock-On Aim which makes it easier to target and shoot.

Our experts have hand-picked the following similar games for you. These offer a similar way to play to Far Cry 6 or are games with a similar theme or topic. These are good alternative games to Far Cry 6, or are a younger rated alternative for players not ready for PEGI 18 or ESRB MATURE 17+ games. 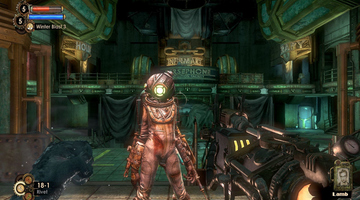 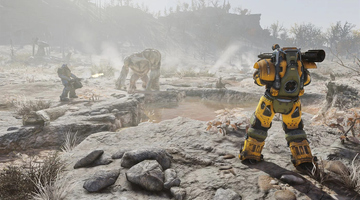 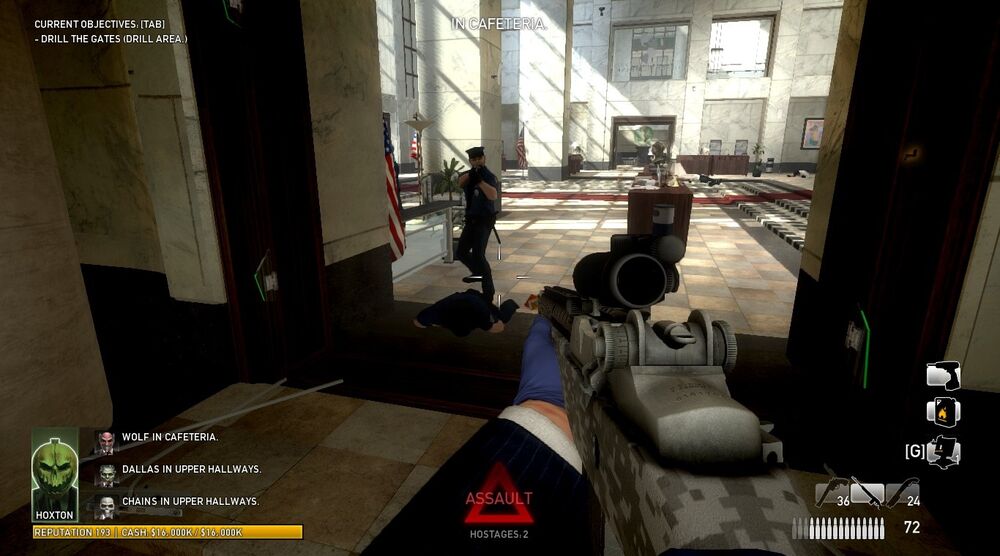