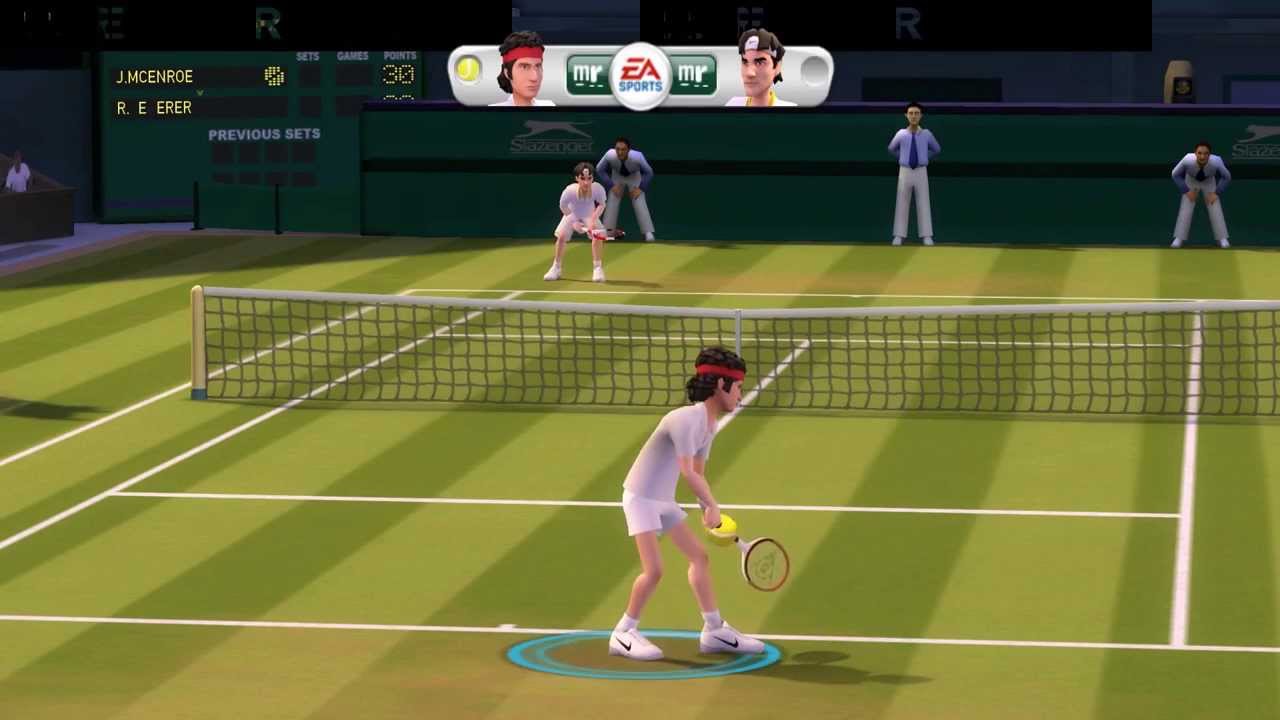 Grand Slam Tennis is a tennis game. You choose one of the 23 real tennis players or create your own. You can play either singles or doubles. Unlike other tennis games, this focuses on hitting the ball with a gesture via the Wii Remote. This extends the Wii Sports tennis mode by adding more accurate shots with the Motion Plus version of the controller, and the ability to direct your player around the court.

You can challenge a historic or current player to a match in an attempt to learn the players special ability. When creating a character you can choose from a variety of clothing, racquet styles, accessories and physical appearance.

Grand Slam Tennis 2 brought this style of play to PlayStation and Xbox, but the motion controls on PlayStation weren’t as good and it didn’t support Xbox Kinect motion camera. For families this makes the original Wii version ideal.

View our choice of games like Grand Slam Tennis. This game is good if you want to:

Duration: It takes between 5 minutes and 10 minutes to play a round of this game. Single matches are quite quick, but a tournament will take longer.

Players: You can play with 4 players in the same room, but you can’t play it online. To take advantage of the enhanced controls you need four Wii Remotes with the Motion Plus technology. You can also purchase a Motion Plus block to upgrade existing Wii Remotes. Originally the game had an online mode but this is no longer running.

We haven't recorded accessibility settings for this game yet. Our Grand Slam Tennis Accessibility Report details system-wide settings that may help, and suggests similar games with accessibility features. Tweet the developer (@EA) to let them know about our Accessibility Questionnaire.