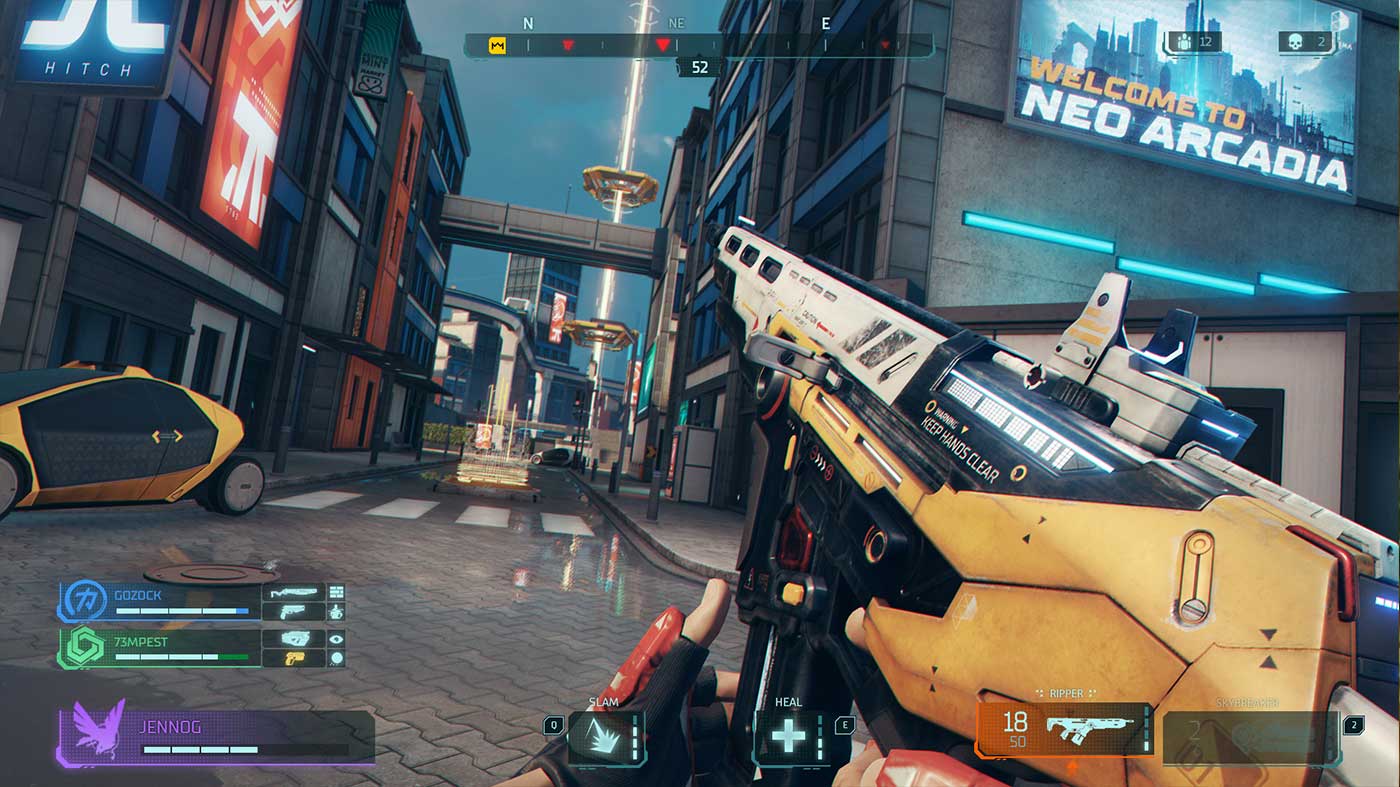 Hyper Scape is an online shooting game where players battle to be the last man standing. It's unusual because it integrates a feature that allows viewers of matches (on Twitch) to affect the game.

The game is set in the future and the arena battles are a sport known as Crown Rush. 100 players are dropped onto the slowly shrinking map and must eliminate each other by shooting. To win you must hold the crown in the final sector for 45 seconds.

You can find and upgrade weapons and abilities that let you transform into a giant ball that can bounce around or make them invisible. When defeated the player becomes an "Echo", that can inform other players about the location of enemies. When an enemy is killed, you can use the revive point they drop to bring back a fallen teammates.

Players progress through the tiers system, unlocked by the battle pass. Each tier requires 200 experience points from completing daily and weekly challenges, performing well in games. Points are also earned from interacting with Twitch streamers.

New weapons and characters are added over time. Season 2 (The Aftermath), for example, introduces a new Atrax weapon which bursts sticky time-detonated mines, a new Platform hack that aids access to new locations and Crown Rush Duo and Floor is Lava modes.

View our choice of games like Hyper Scape. This game is good if you want to:

Duration: It takes between 10 minutes and 20 minutes to play a round of this game. Match duration varies depending on ability, game mode and opponents. In squad mode, if someone leaves the whole squad may lose.

Players: You can play this with 100 players online. You play in teams of three against 100 online players.

Cross-Play: You will be able to play between PC, PlayStation and Xbox. Although this feature isn't available in the current beta version.

You will need Xbox Live Gold (must be 18 to subscribe, then configure family accounts for younger players) to play online with Xbox One. The tiered battle passes provide new characters to play and different outfits. It also provides weapon skins, melee weapons, deployment pods, emblems and sprays. These are all cosmetic items. The game partners with Twitch/Amazon and some battle pass rewards would require a Prime Gaming membership to claim those rewards.

Current purchases include:
There is an exclusive Lightspeed Pack that is a free costume with PlayStation Plus.

Rated PEGI 12 for depictions of non-realistic looking violence towards human-like characters, and use of mild bad language. Characters have little or no reaction to the violence. However, a health bar above their heads indicates their current status. When their health bar has been depleted, their bodies fall to the floor where they immediately vanish, leaving behind various loot items. The vast majority of the violence is inflicted with firearms. However, special abilities and melee attacks can also be used. Regardless of the type of violence used, the reactions to the violence always remain the same. This game also contains infrequent use of mild bad language. The Greek word “Skata” can be found in the game's dialogue.

The auto-sprint and/or vault feature allows you to always sprint and vault while moving forward, with no additional button presses necessary.

There is text-to-speech options so the player hears what is written by other players. You can limit the microphone and chat options if required.

Our experts have hand-picked the following similar games for you. These offer a similar way to play to Hyper Scape or are games with a similar theme or topic. These are good alternative games to Hyper Scape, or are a younger rated alternative for players not ready for PEGI 12 or ESRB TEEN games. 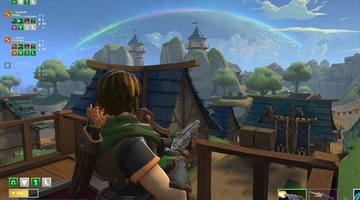