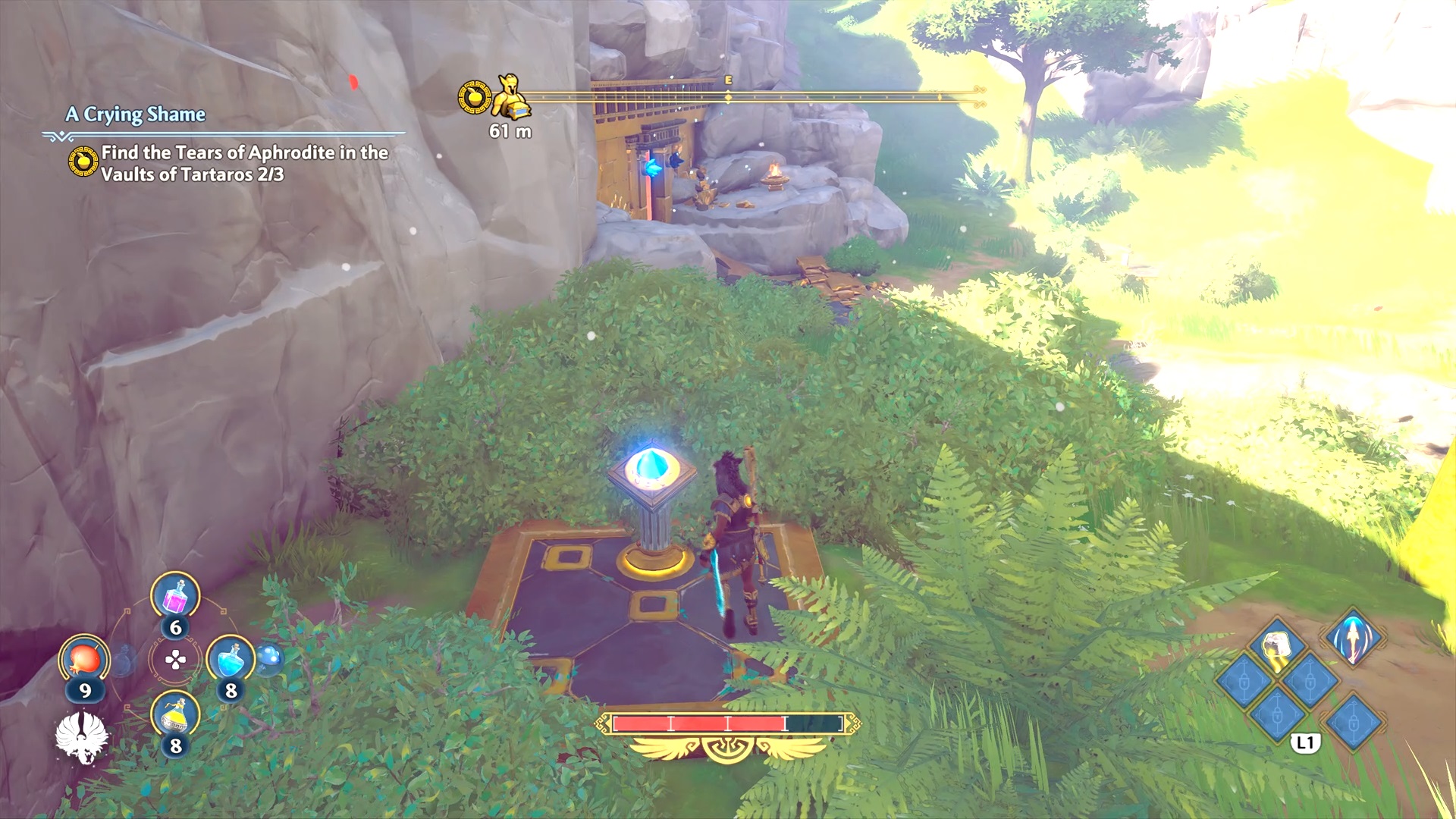 Immortals Fenyx Rising is a mythical adventure game where you play Fenyx, exploring the huge open world, solving puzzles and fighting evil fantasy creatures. Fenyx is a newly winged demigod, who was prophesied to be the one to save the Greek Gods' home on Olympus from an evil curse. It's like Zelda Breath of the Wild but with greek gods.

Immortals Fenyx is narrated by the titan Prometheus and the king of the Gods, Zeus, with the intention of giving a unique perspective on this legend. The main objective is to defeat Typhon, the deadliest Titan in Greek mythology and as you progress you'll be able to customise your character, gain new weapons and blessings from the god for restoring order to regions of the world.

The world you play in is both large and varied. Each region is designed for a specific Greek gods. Almost everything is climbable, including cliffs and massive mountains. Dotted throughout the landscape are glowing red Tartaros Rifts that offer otherworldly dungeons to solve.

When you encounter monsters you must fight them with the quick, versatile, and acrobatic battle play. Light sword attacks can inflict quick flurries of damage, heavy axe attacks can break through shields, and a well-aimed arrow shot can do immense damage to unsuspecting enemies.

The overall result is a game that offers an expansive world to explore, story to embark on and countless puzzles to solve.

View our choice of games like Immortals Fenyx Rising. This game is good if you want to:

Rated PEGI 12+ for Moderate Violence, Sexual Innuendos, Mild Swearing.
In the US, ESRB state: Players explore mythologically themed environments, perform quests, and battle fantastical creatures (e.g., harpies, gorgons, cyclops, demons). Players use hammers, swords, arrows, and elemental abilities (e.g., fire, ice) to defeat enemies in close-quarters combat. Fighting can be frenetic, highlighted by impact sounds, screen-shaking and slow-motion effects. Enemies generally burst into particles or get blown back a great distance when defeated. The game contains some innuendo and suggestive humor in the dialogue (e.g., “'…storm his cave, and defile his manhood”; “…only finding peace with horses. Laying with horses”; "Not even if you were…having an orgy on a Pegasos made of rainbows"; “Clearly murder and incest did not make that very short list.”). The word “a*shole” appears in the dialogue.

10+ year-olds usually have the required skill to enjoy this game. Still, it's important for parents and guardians to consider the maturity required to process the game content. The character development, exciting open world and fantastical creatures make this a good alternative to Assassin's Creed style games. Young players who loved Skylanders will happily graduate to this here.

Additional in-game purchases are offered for items that enhance the experience. This includes a regular subscription fee (known as a 'battle/season pass') to unlock access to reward items and other aspects of the game. You can purchase in game items, quests and content, or a Season Pass to unlock it all together. Immortals Fenyx Rising Gold Edition includes the Season Pass and additional content.

There's a demo available on the Switch.

Our Immortals Fenyx Rising Accessibility Report documents 43 accessibility features:
Auto movement assist enables you to move automatically in the direction the player is facing, on foot or on horseback. Aim assist offers three levels of help with targeting enemies and items. Puzzle Captions assist displays stimuli from the environment in specific contexts (Rifts/Puzzles) as well as their origin/direction.

There are options to change inputs from hold to toggles, including Crouch, Walk, Aim, Long Jumping, Apollo’s Arrows, and Herakles’ Strength. You do however still have to press rapidly to attack.

There are a set of cognitive assistance options that include Puzzle Feedback, Compass and Icons, Puzzle Captions, Clues and the ability to turn off certain challenges.

Menus are narrated although not in the HUD and not on Switch version at all. Pacing, volume, and male/female voices can be adjusted. The game also includes a startup screen for low-vision onboarding with options to enable Text-To-Speech and larger font size. 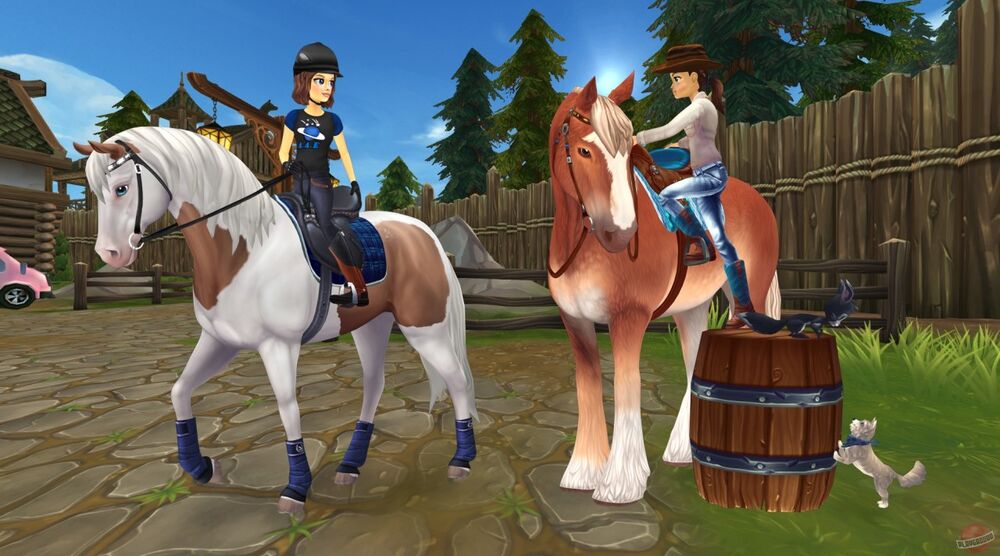 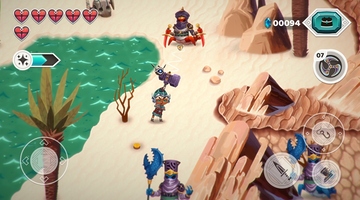 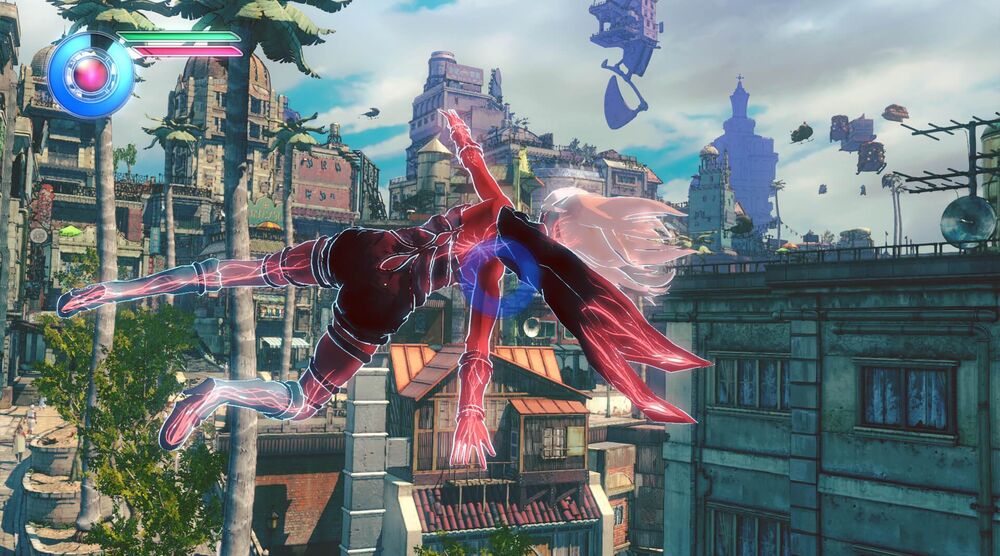 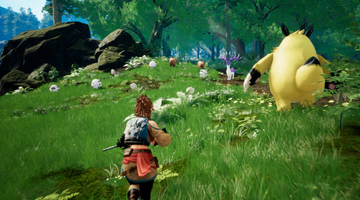 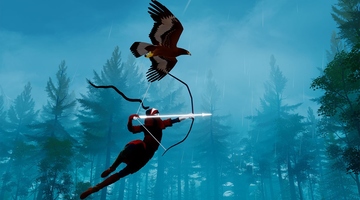