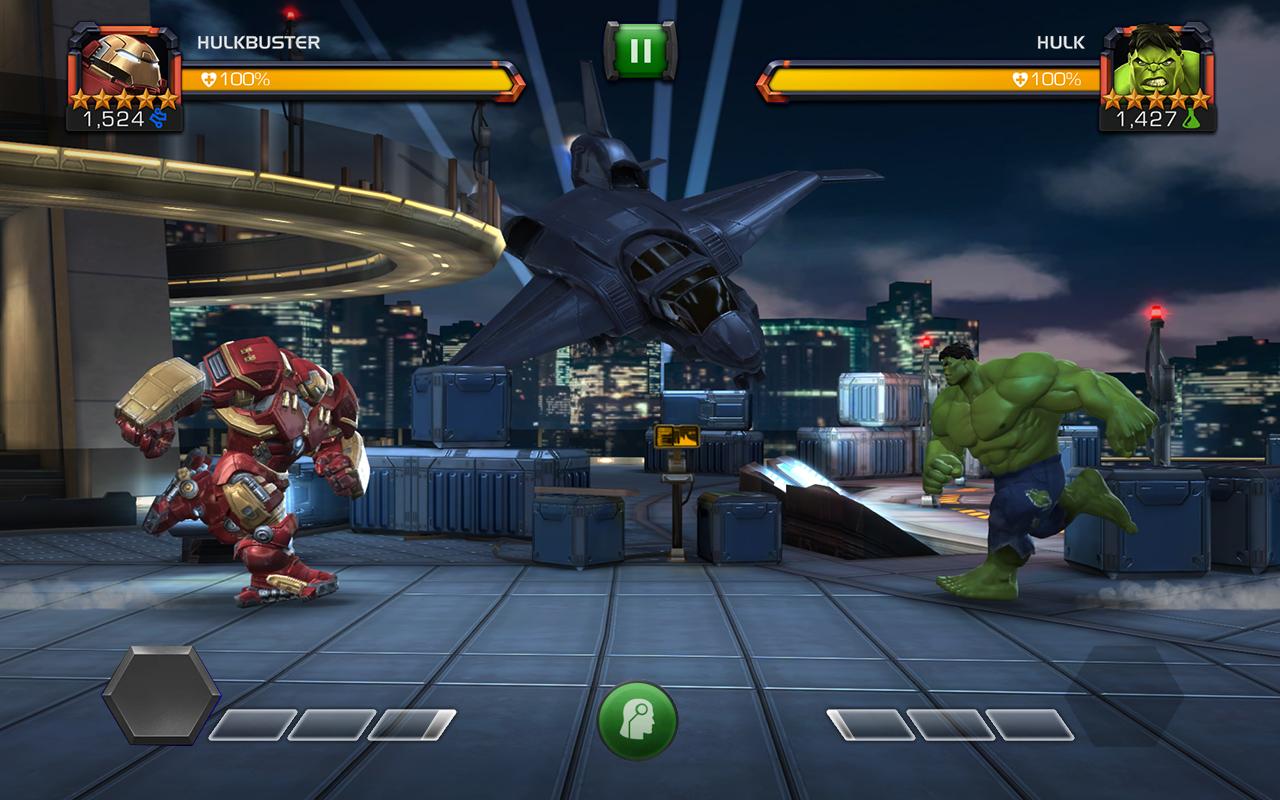 Marvel Contest of Champions is a fighting game where you collect teams of Marvel characters to fight against computer-controlled characters. The fights are one versus one that work through increasingly harder opponents. It's novel because you can form alliances with other online players to go head to head against other player's teams, although all fights are versus the computer and not other players.

You are tasked by "The Collector", a godlike figure in the Marvel universe, to assemble a team of heroes and villains to fight in the Contest of Champions. The game is updated over time to bring in characters from various Marvel films and TV shows as they are released. Trying to collect these heroes along with the many others you can obtain is a large incentive to play.

Each character has their own special abilities and traits which can help give more experienced players the edge. There are 6 different attacks per character, and you can also block and dash to avoid enemy moves. Characters' abilities can be upgraded, and each character can be obtained in different tiers of strength, ranging from 1 to 6 stars. The more stars your character has, the stronger they are and more helpful they might be.

Even after several years, thanks to the constant stream of new characters (usually 2 per month) which tie in to the current Marvel trends and a wide variety of YouTubers and content creators that focus on the game, as well as the fun and engaging cycle of fighting and upgrading your characters, the game is as popular as ever and worth a look for anyone into Marvel or fighting games.

View our choice of games like Marvel Contest of Champions. This game is good if you want to:

Duration: It takes between 1 minute and 10 minutes to play a round of this game. Each fight can last only a few hits, but some may take much longer depending on the relative strengths of the opponents. The average time for each fight is about 2 minutes.


This game is free to play. Additional in-game purchases are offered for items that enhance the experience. Some of these purchases (known as 'loot boxes') are for a chance of getting rare/higher-value items although common/lower-value items are more frequent. These in-game purchases also offer a regular subscription fee (known as a 'battle/season pass') to unlock access to reward items and other aspects of the game. While the game is enjoyable without spending money, progression through the game will be significantly quicker and easier if you pay for upgrades and boosts such as in-game currency. You can exchange this currency for loot boxes called crystals, which will give you a random character. There is also a subscription service which will give you special rewards and items. The price of items in the game range from £0.99 to £99.99.

Rated PEGI 12 for Moderate Violence, Sexual Innuendo. This game features superhero characters fighting against each other with kicks, punches and weapons such as lasers and swords. On impact, there are bright flashes and the characters are pushed on the floor in an exaggerated fashion. No injuries are visible. Many of the characters are human or have human characteristics. Some female characters wear outfits that reveal cleavage.

Although you can't select a difficulty for a specific fight, there are a wide range of difficulties that levels can be, and the game does not force you onto harder difficulty levels, making it a choice for you to make. You can still collect most of the characters even at the lower difficulties. The game automatically saves after each fight.

You need to be able react quickly to attacks by the opposing character, swiping, tapping and holding specific parts of the screen to counter and deflect the incoming attacks and fight back.

The text, regarding how to play and general information, is quite small and is sometimes a similar colour to the background, ie. dark red text on a dark grey background. In the cutscenes, which are presented like a comic book, the dialogue is not voiced, but appears in speech bubbles and, generally contrasts well with the speech bubble colour. It is, however, still quite small and could be hard to read for some. During fights, the background is s static image that pans slightly left or right, depending on where the fight is occurring on the screen. 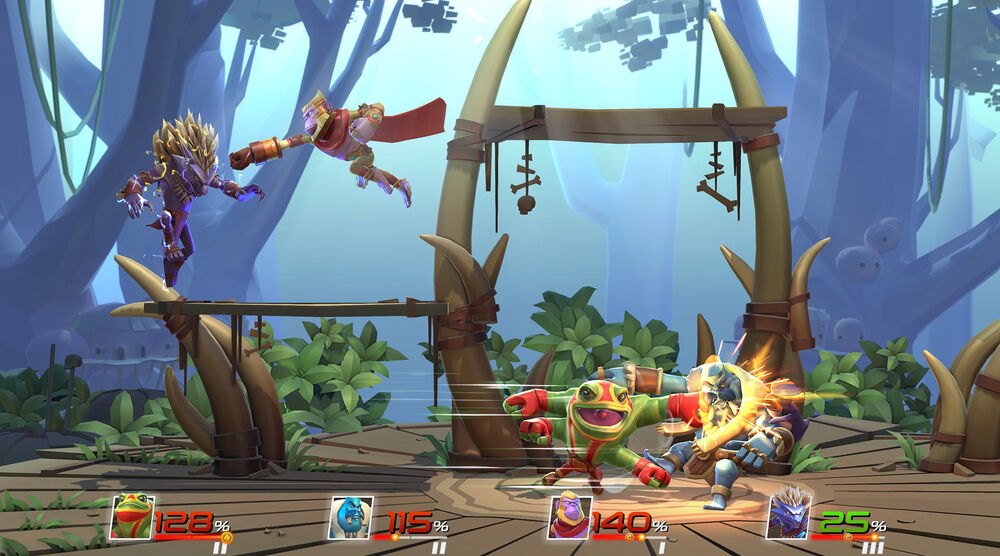