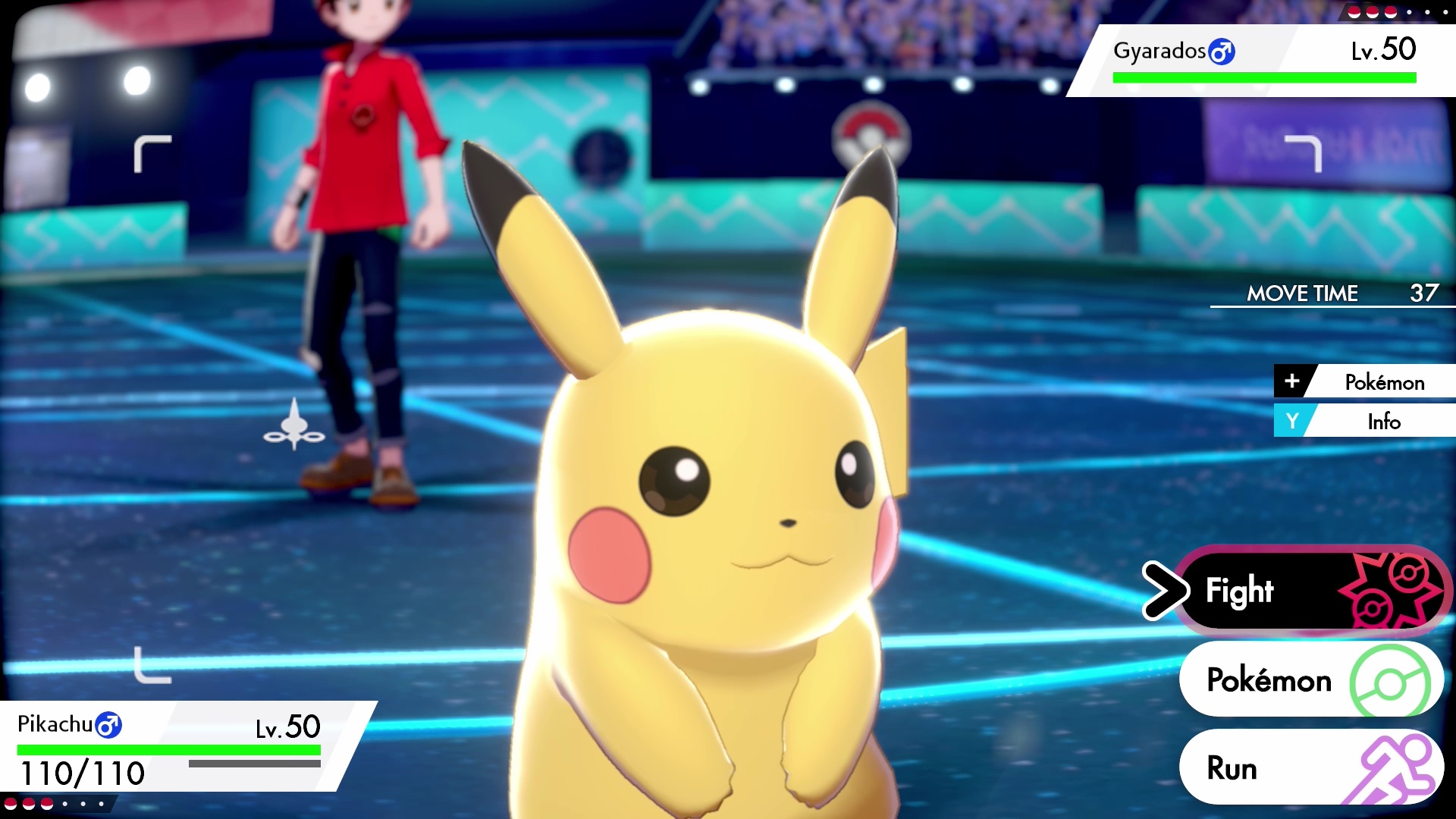 Pokémon Sword and Shield are role-playing games where you explore a fictional world and collect different creatures called Pokémon. You progress through the game by exploring the world, talking to character and winning turn-based battles with the Pokémon you've collected.

The aim is to collect Pokémon gym badges and eventually become the region's Pokémon champion. You can level up your team of Pokémon by winning battles, and evolving them into different species. You can also trade Pokémon with friends and other players.

Most Pokémon games come in two variants (ie. Sword and Shield). Each version, although similar, is slightly different in what Pokémon it offers. If a friend has one version, you might consider getting the other so you can trade with each other and get all the Pokémon available over both versions. To trade with nearby friends, you do not need to be online, but for trades with other people across the world, you will need an internet connection and a Switch Online subscription.

The game gets gradually more difficult, and you need to learn which Pokémon do well against which kinds of enemies, and, at a high level, you'll need to know exactly what moves to use in battle and when. There is significant strategy and memorisation involved in playing, and the series has a prominent competitive scene. There are almost 900 different species of Pokémon to collect, and each set of games adds more, keeping the gameplay fresh.

The original Pokémon games, Red and Green, launched back in 1996 on the Game Boy console, and since there have been 31 more main series games:

View our choice of games like Pokémon. This game is good if you want to:

Duration: This game will take between 40 hours and 17 hours to complete. You can progress through each area of the game quickly, but you might want to explore the different sections and encounter many of the wild Pokémon in each area depending on your play style, significantly increasing play time.

Players: This is a single player game. You can play with up to 4 players online. While the main game is a single-player experience, you can take on competitive 1v1 or 2v2 battles and join with up to four friends to complete some battles in the main game.

You will need Nintendo Online (must be 18 to purchase, but can be any age to use) to play online with Nintendo Switch. In Pokémon Sword and Shield, you can buy an expansion pack which allow you to travel to extra areas and catch different Pokémon. It costs £26.99 / $29.99. None of the other Pokémon games contain expansion packs, although to transfer Pokémon from one game to another requires the use of a separate applications, which cost money and can be bought for different amounts of time and different prices, depending on your needs. Playing online in battles requires a subscription, as does trading Pokémon.

Rated PEGI 7 for Violence. There is mild violence towards fantasy characters that lacks any apparent harm or injury. Battles see two Pokémon exchanging attacks, which results in the loss of health points but no visible injuries.

We haven't recorded accessibility settings for this game yet. Our Pokémon Accessibility Report details system-wide settings that may help, and suggests similar games with accessibility features. Tweet the developer (@NintendoAmerica) to let them know about our Accessibility Questionnaire.

Our experts have hand-picked the following similar games for you. These offer a similar way to play to Pokémon or are games with a similar theme or topic. These are good alternative games to Pokémon.