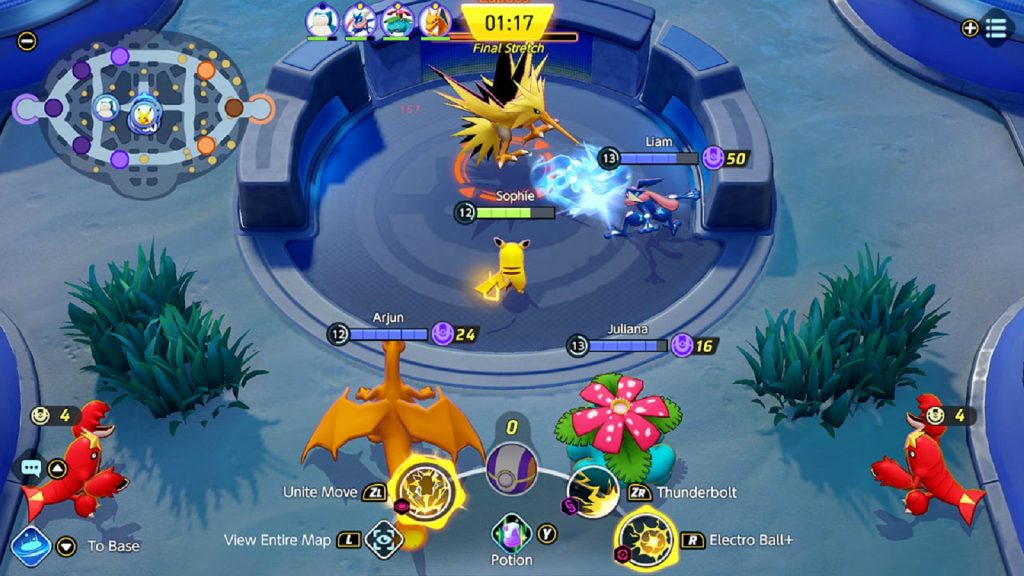 Pokémon Unite is an online fighting game where you battle Pokémon in an arena and try and score points against an opposing team. Its short, frenetic matches are similar to DotA or League of Legends but here, you score points by catching wild Pokémon and getting them into the opposing team's goal, which adds a greater element of defence. There's also a greater focus on power-up abilities that can turn battles one way or the other. It's a blend of classic Pokémon gameplay and online battle mechanics that results in a surprisingly compelling play experience.

You start by choosing your Pokémon and exploring the map to find wild Pokémon, which you then fight, catch and deposit in the other team's goal. This gains you some the energy you need to accrue to win the game after the 10-minute match is complete. You can also attack other players to disrupt their attempts at scoring points. In the final minutes of a match, a strong wild Pokémon appears, which offers a huge amount of energy to the team that successfully defeats it, potentially turning the tide of the game.

Each Pokémon has two regular moves, each with two different variations, as well as an ultimate move. This range of attacks encourages you to develop both offensive and defensive strategies. You can build on these by upgrading collectable items between matches that offer further power-ups, such as an increased critical-hit rate, increased movement speed, and more powerful attacks. These mechanics combine to give you a wide array of options in each fight and finding a strategy and pairing that suits you is crucial to success.

It's a unique take on the multiplayer online battle arena (MOBA) genre that adds new mechanics and offers a more accessible entry into it for less experienced players but still offers a challenge to more experienced players through a wide variety of tactics, items, Pokémon, and attacks that makes it a worthwhile offering.

View our choice of games like Pokémon Unite. This game is good if you want to:

Duration: It takes between 10 minutes and 10 minutes to play a round of this game. Rounds take 10 minutes, with the winning team being the one who, after the 10 minutes have ended, has scored the most points.

Players: This is a single player game. You can play with up to 10 players online. Rounds are played in 2 teams of 5, with the aim to score the most points.

You don’t need a platform subscription to play this game online. You can buy gems, which you can exchange for items in the shop that will boost your Pokémon's stats and performance in the game. While these items can be obtained without spending money, it will take far longer.

Users Interact: The game enables players to interact and communicate with each other, so may expose players to language usually associated with older rated games.
Rated 4+ on the Apple App Store.

This game is enjoyed by 10-15 year-olds as it's a good match for their ability and maturity.

You'll need to be able to quickly react to changes in the match, and some actions require quick button presses and rapid pressing, as well as simultaneous buttons. You automatically target nearby enemies, so you don't have to aim your attacks.

There is significant customisation of camera movement, and you can switch to colourblind-friendly mode in the settings. the text throughout is large and of high contrast, making it clear and easily readable.

You can switch between default and advanced control schemes, and you can make certain attacks happen automatically to reduce complexity.

Our experts have hand-picked the following similar games for you. These offer a similar way to play to Pokémon Unite or are games with a similar theme or topic. These are good alternative games to Pokémon Unite. 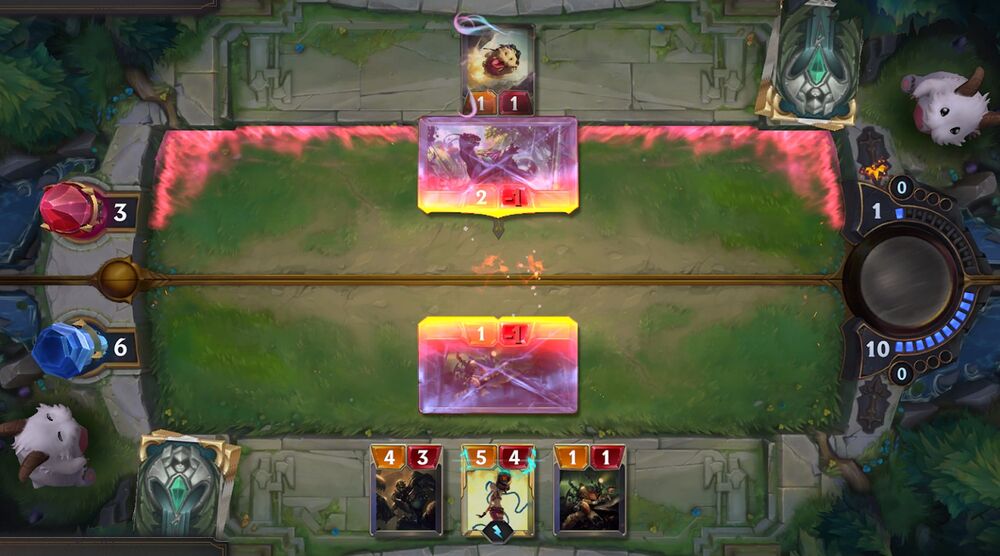 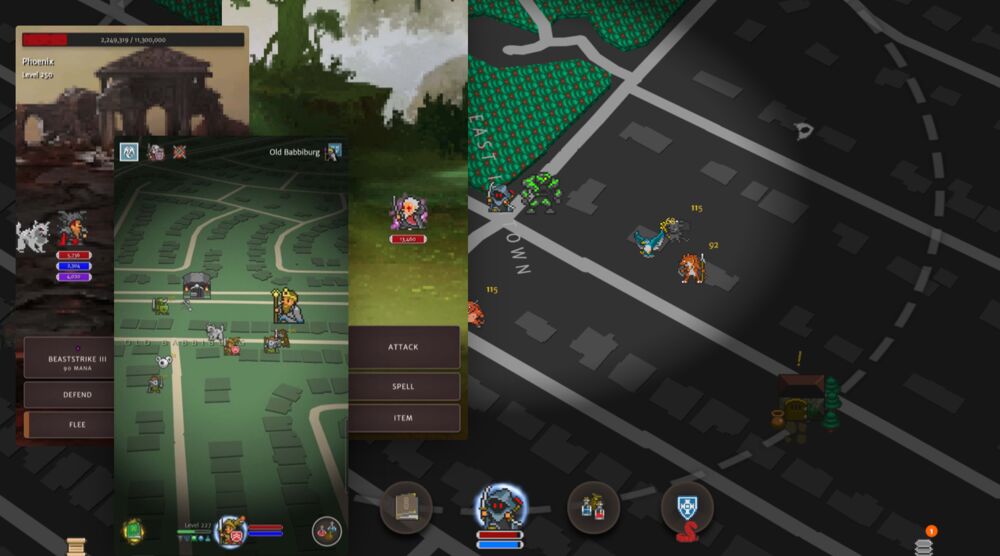